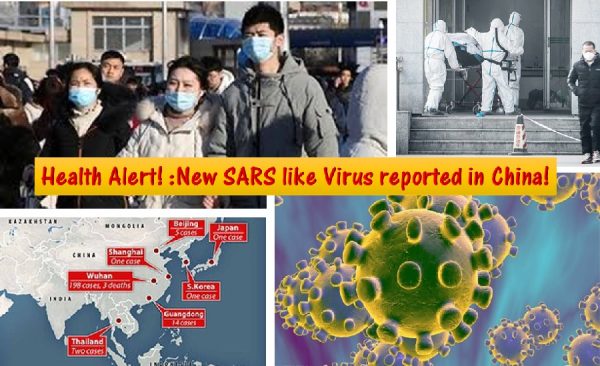 A mysterious pneumonia outbreak is reported in China recently that is like SARS. It has affected dozens of people. Concern is grown because the viruses that are responsible for this attack belongs to same family of the viruses (coronavirus) of SARS (Severe Acute Respiratory Syndrome), that affected a total of 8,098 people in 2003 outbreak and the illness was spread to more than two dozen countries including North and south America, Europe and Asian countries and resulted in SARS global outbreak. A total of 774 people were killed in the pandemic that spread to 37 countries in 2002 and 2003. Virus was contained with medicines in 2003. However, the new virus that is now discovered is threatening people in China and elsewhere.

Chinese scientists found a new coronavirus in 15 out of 57 patients with pneumonia illness in Wuhan city of Hubei province. The pathogen outbreak is reported in broadcaster CCTV past Thursday. According to scientists, the whole genome sequence of the new pneumonia virus has been obtained and the sample isolated from a patient showed “typical coronavirus appearance”.

As of last Thursday, Japanese authorities also confirmed one patient with SARS who has been recovered and discharged from hospital. Patient told he did not visit the seafood market that was linked to virus breakout while he was in Wuhan city.  Another Chinese tourist a 61-year-old woman was quarantined by Thai authorities.

Huanan Wholesale Seafood market in Wuhan where the virus outbreak was reported has been shut down for disinfection since beginning of this year. Authorities reported that, the samples taken from the market tested positive for new SARS virus. The concern is, the market was also sold live animals including rabbits, birds and snakes that might be carrying the virus and can be transmitted to humans. Virologist Leo Poon who decoded the SARS coronavirus said that, the Thai case suggests two possibilities. The woman tourist was either infected by another person or by an animal in another market in Wuhan. Meanwhile Hong Kong authorities found 38 people with high fever or respiratory symptoms after returning from Wuhan and 21 patients have been discharged.

According to Poon, “like SARS and MERS (Middle East Respiratory Syndrome), there may not be effective medication directly targeting the new coronavirus, but supportive treatments — such as assisted respiration and fever relief — can be provided to cure the symptoms. So far no patient (*as of last week) has died from the disease and it appears that the supportive treatments are effective”.

*As of this week, 17 people were reported to be dead due to coronivirus outbreak. And, one person was quarantined in US.

WHO released a statement regarding the new outbreak “In the coming weeks, more comprehensive information is required to understand the current status and epidemiology of the outbreak, and the clinical picture. Further investigations are also required to determine the source, modes of transmission, extent of infection and countermeasures implemented,”

WHO will continue to monitor the situation in China and will advise against the application of any trade or travel restriction on China based on the available information on disease. Across Asia governments are taking preventive measurements such as airport temperature screening, notification requirements in the wake of disease outbreak. Doctors are advised to report any pneumonia case from tourists who return from China.

What are SARS symptoms?

How the SARS spreads across?

Mainly from person-to person contact. SARS virus is transmitted mainly by respiratory droplets that produces when an infected person sneezes or coughs. If a person is present at 3 feet when infected person coughs or sneezes, through air droplet can settle on mucous membrane of a person that is present in nose, mouth or eyes. Another way the virus spreads is, when a person touches an object or surface and contaminates with infectious droplets. SARS virus is airborne and can infect anybody.

Close contact:  If a care taker or a person lives with infected person encounters respiratory secretions and body fluid of patient, it can result in SARS. In addition – hugging, kissing, drinking and eating in same utensils, direct touching and being within 3 feet distance could cause SARS. Activities such as like walking by an infected person or brief sitting across a room does not considered as close contact.

How to prevent SARS or MERS? 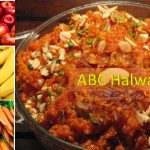 ABC halwa is a simple sweet recipe (halwa is an Indian sweet dish) and takes only 30 minutes to prepare. It contains two fruits and one vegetable as main ingredients -Apple, Banana and Carrot! 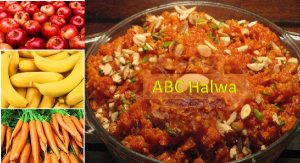