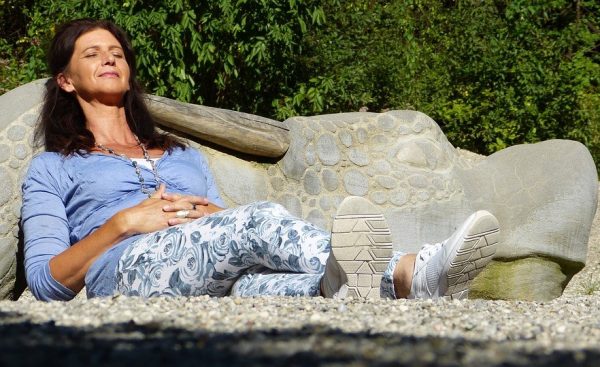 Those women who go through premature or early menopause will have difficulty in getting pregnant and cannot conceive. Reasons for early and premature menopause are:

When women experience hot flash, sweating, sleepless nights, mood changes, vaginal dryness, irregular period – they should let OBGYN know the symptoms. If you are not pregnant doctor will have series of tests done to make sure that it is premature menopause or not.

Why it is important to understand menopause symptoms?

A recent study showed that there is a modest association between premature menopause and subsequent risk of dementia. According to President of American Heart Association Dr. Donald Lloyd jones Professor of preventive medicine at Northwestern University’s Feinberg School of medicine Chicago “ women undergo premature menopause when there a more rapid biological aging of all the body’s tissues, including premature aging of our organs and their function”  The only other reason they could go through premature menopause is when their uterus, ovaries are removed.

This data obtained from the participation of 153000 women in Biobank UK in an ongoing study that (will be presented this week) examines genetic and health information of half a million people. The study is adjusted for race, weight, age, education and income level, alcohol use, smoking, diabetes, heart conditions and physical activities. In the study it was found that the women who became menopausal before age 45 were 1.3 times more likely to be diagnosed with dementia as early as 65 ages. And, early menopause can also have a negative effect on a woman’s thinking ability, including visual memories and verbal fluency.

As per Prof Lloyd- Jones “Functional menopause due to surgery is less risky than the biological menopause that happens early in  women’s life. It is red flag that the tissues and organs are aging rapidly. Which is the reason woman needs to see a doctor and have plant to optimize all her health factors”

Study also mentions that Estrogen hormone when decreases will cause early menopause. The lack of estrogen over the long term enhances oxidative stress, which may increase brain aging and lead to cognitive impairment” An oxidative stress occurs when body’s antioxidant defenses cannot keep up with an overabundance of free radicals. These free radicals that by product of cell metabolism damage cells. The increase in free radical number is directly proportional to smoking, toxins, pesticides, dyes, and air pollution.

Can a woman control the early menopause or premature menopause happening?

Eating balanced diet, avoiding spicy and hot temperature food, keeping in temperature controlled cool room, dressing in layers, being regular in physical activity, trying to control weight gain,  controlling alcohol and smoking. improving lifestyle and if needed medication – all could help a person to not get into early or premature menopause.

Being aware of the risk of certain lifestyle and the other reasons listed above that could cause early menopause and knowing how to prevent dementia will help a person closely monitor their cognitive status. Such awareness will help doctors to help you in the process of solving future major health issue that could happen.

Author: Sumana Rao | Posted on: March 2, 2022
TAGS: Bloating in womenDementia in womenEarly menopauseHealth alert topicsMenopause and dementiaMenopause remediesMenopause symptomsMenopause treatmentPremature menopause
« Previous Article Next Article »
« Guduchi Is Safe To Use And Does Not Have Toxic Effects, It Is Misleading To Relate Guduchi To Liver Damage -Ayush BA.2 A Sub Variant of Omicron Is Raising In US, UK And Other Countries, But Experts Remain Optimistic »