Effect of Electronic Cigarettes on Kids 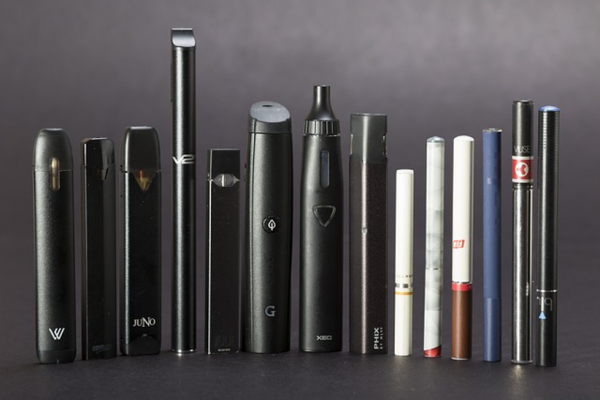 e-Cigarettes are battery-operated devices designed to deliver nicotine with flavorings and other chemicals to users in vapor instead of smoke. Electronic cigarettes, or e-cigarettes, include e-pens, e-pipes, e-hookah, and e-cigars are known collectively as ENDS – electronic nicotine delivery systems.

They resemble traditional tobacco cigarettes, cigars or pipes, or even everyday items like pens or USB memory sticks; newer devices, such as those with refilling tanks, may look different. More than 250 different e-cigarette brands are currently are in the market.

While electronic or e-cigarettes are often promoted as safer alternatives to traditional cigarettes, which deliver nicotine by burning tobacco, little is actually known yet about the health risks of using these devices.

How do e-cigarettes work?

In many e-cigarettes, puffing activates the battery-powered heating device, which vaporizes the liquid in the cartridge. The resulting aerosol or vapor is then inhaled (called “vaping”). The liquid is heated into an aerosol that the user inhales. The fluid in the e-cigarette, called e-liquid is made of nicotine, propylene glycol, glycerin, and flavorings.

What is Nicotine: Nicotine is an addictive substance, and almost all e-cigarettes contain nicotine. Even some products that claim not to have any nicotine in them may still contain it. For instance, initial FDA lab tests conducted in 2009 found that cartridges labeled as nicotine-free had traceable levels of nicotine. A 2014 study found little consistency in the amount of nicotine delivered by e-cigarettes of the same brand and strength.

The nicotine in e-cigarettes is more attractive to children than that in regular tobacco products. Nicotine liquids may be flavored and smell pleasant. The packaging often is brightly colored and sometimes looks like candy.

The liquid nicotine in e-cigarettes is highly concentrated and contains anywhere from six to 36 milligrams of nicotine per unit. Swallowing nicotine can cause vomiting, rapid heart rate, seizures and possibly death, depending on the amount and concentration.

Nicotine found to have a negative impact on adolescent brain development. Human brain development continues far longer than was previously realized, and nicotine use during adolescence and young adulthood has been associated with lasting cognitive and behavioral impairments, including effects on working memory and attention.

The tobacco industry aggressively markets e-cigarettes to youth, glamorizing e-cigarette use in advertisements and offering e-cigarettes in candy flavors like bubble gum and gummy bears.  Kids can also easily buy e-cigarettes online, according to a March 2015 study published in JAMA Pediatrics. Basic FDA oversight, which would include youth access restrictions, is needed to protect kids from becoming the next generation hooked on nicotine.  Aside from concerns about e-cigarette use and emissions alone, data released by the Centers for Disease Control and Prevention shows that calls to the nation’s (US) poison centers for e-cigarette exposure poisonings are rapidly increasing. It was only recently that the Child Nicotine Poisoning Prevention Act went into effect, mandating that e-cigarette liquid packaging be child-resistant.

A new study in the journal Pediatrics found the number of poison control cases involving children swallowing the devices’ liquid nicotine has steadily been on the rise since 2012. Youth are using e-cigarettes at increasing and alarming rates. Between 2014 and 2015, CDC studies found e-cigarette use among high school students increased by 19 percent, with more teens now using e-cigarettes than cigarettes.

Colleagues in a College in Ohio raised concern that the increasing popularity of e-cigarettes could encourage teenagers to use the device to vaporize cannabis, which could potentially expose them to higher concentrations of the psychoactive substance tetrahydrocannabinol (THC) found in weed. Similarly, a survey of over 3,800 students from five high schools in Connecticut, found out that in those who had used e-cigarettes, 18 percent also used the device to vaporize cannabis in some form including THC-infused wax and hash oil !

Flavors in e-cigarettes are also a cause for concern. Not only are flavors used to target kids, but they may be harmful on their own. E-cigarette and flavor manufacturers and marketers may suggest that the flavor ingredients used in e-cigarettes are safe because they have FEMA GRASTM status for use in food, but such statements are false and misleading. The reality is that FEMA GRASTM status only applies to food, meaning it’s safe to eat, and does not apply to inhaling through e-cigarettes.

Currently, there are no e-cigarettes approved by FDA for therapeutic uses so they cannot be recommended as a cessation aid. Starting August 2016, FDA started applying and enforcing key provisions of the Family Smoking Prevention and Tobacco Control Act as it relates to the sales, marketing and manufacturing of e-cigarettes. This year, FDA finalized a rule extending regulatory authority to cover all tobacco products, including vaporizers, vape pens, hookah pens, electronic cigarettes (E-Cigarettes), e-pipes, and all other ENDS. FDA now regulates the manufacture, import, packaging, labeling, advertising, promotion, sale, and distribution of ENDS. This includes components and parts of ENDS but excludes accessories.

Beginning in 2018, the product packages and advertisements of all newly-regulated covered tobacco products must bear the following warning statement:  “WARNING: This product contains nicotine. Nicotine is an addictive chemical.”

Educate yourself about e-cigarettes and its effect on children (and adults) by visiting these sites:

Image credit : Image by Ethan Parsa from Pixabay ( (Free for commercial use)

3 Comments on “e-Cigarette – How Bad It Is For Children?”