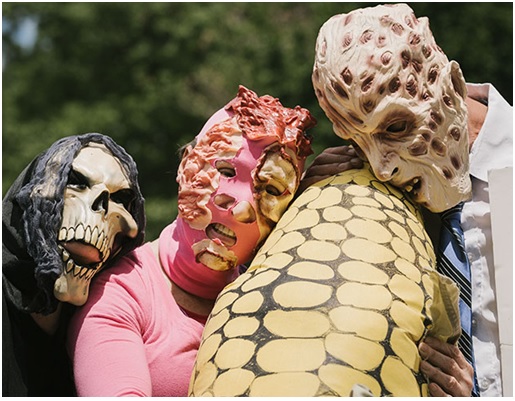 Genetically engineered crops have provided benefits in some areas, though these benefits tend to come with problematic tradeoffs. Where ever the GM crops are involved there arises questions and concerns about its presence. Monsanto has lot to offer but many people in US, India and many countries are not happy about Monsanto’s interference in agriculture fields and their food. In fact Monsanto is America’s third most hated company!

An article published by Seatleorganicrestuarants.com regarding the political corruption of Monsanto company is here for you. Monsanto, one of the most hated companies in America is known for its history of corruption, producing some of the most toxic chemicals and pesticides, food monopoly and total market control.

How Did We Get Here: A Brief History of Monsanto and the US Government as published in Oranicconsumers.org:

“Fascism should more appropriately be called Corporatism because it is a merger of state and corporate power.” -Benito Mussolini

1991: Margaret Miller was appointed Deputy Director of FDA by George Bush Sr. She oversaw the approval of the genetically engineered growth hormone rBGH. Prior to the appointment, she was one of Monsanto’s top scientists developing rBGH. At the FDA, she approved the same rBGH studies she previously led at Monsanto.

1991: A right-wing extremist, Clarence Thomas, was appointed to the Supreme Court, despite nationwide opposition. Prior to his appointment, Thomas was a lawyer for Monsanto, a notorious chemical polluter and ag biotech promoter. Thomas would later cast the decisive vote in 2000 on the Supreme Court, ratifying the stolen election that put George Bush Jr. into office.

1992: Michael Taylor was appointed FDA’s Deputy Commissioner for Policy, a role created to expedite the approval process of genetically engineered foods. Prior to his appointment, Taylor was an attorney for Monsanto. Taylor went on to become Monsanto’s Vice-President.

1993: Rufus Yerxa was nominated as U.S. deputy to the World Trade Organization. Prior to his appointment as one of the most powerful bureaucrats in the world regarding international trade policies, Rufus was Monsanto’s Chief Counsel.

1996: Michael Kantor was appointed U.S. Secretary of Commerce. At that time, Kantor was also on the Board of Directors of Monsanto.

2000: The White House appoints Carol Tucker Foreman as the sole “consumer advocate” on an international committee assessing genetically modified foods. Prior to her appointment, Foreman was a lobbyist for Monsanto.

2001: Anne Veneman was appointed head of the USDA, in charge of regulating, among other things, genetically engineered crops. Veneman previously served on the Board of Directors of Calgene, a Monsanto biotech subsidiary.

2001: Donald Rumsfeld was sworn in as Secretary or Defense. Rumsfeld was previously the CEO of the Searle pharmaceutical corporation, acquired by Monsanto.

4 Comments on “Political corruption of Monsanto and its influence”