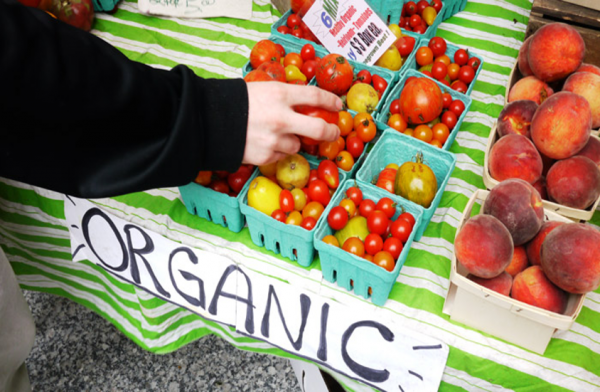 The most comprehensive study to date confirms the nutritional advantages of organic food over conventionally-grown food. It corrects many shortcomings of earlier studies and “should put to rest any doubts about the benefits of organic,” says Dr. Jessica Shade, Director of Science Programs for The Organic Center in the UK. “It strongly shows that organic grains, fruits and vegetables have definite health benefits over conventionally grown products.” An international team of researchers analyzed 343 studies and found that organic crops are 18-69% higher in key antioxidants and have significantly lower levels of toxic heavy metals as well as pesticide residues. The study appears in the July issue of the prestigious British Journal of Nutrition.

“Based on the findings, if an individual were to switch from a conventional to an organic diet, they could have a 20-40% increase in antioxidants without a simultaneous increase in calorie intake,” says Dr. Jessica Shade.

Not surprisingly, conventional crops are four times more likely to contain pesticide residues, especially fruit (75% have detectable residues), and in concentrations 10-100 times higher than on organic foods. Organic food has 48% lower cadmium levels and much lower nitrogen levels. Cadmium, which accumulates in the body, can cause kidney failure, bone softening and liver damage, and nitrogen is linked to increased risk of certain cancers, such as stomach cancer. The study clearly supports the view that quality of food is directly related to how it is grown. Eric Sorensen, a science writer at Washington State University explains:

“A plant on a conventionally managed field will typically have access to high levels of synthetic nitrogen and will marshal the extra resources into producing sugars and starches. As a result, the harvested portion of the plant will often contain lower concentrations of other nutrients, including health-promoting antioxidants.

Without the synthetic chemical pesticides applied on conventional crops, organic plants tend to produce more phenols and polyphenols to defend against pest attacks and related injuries. In people, phenols and polyphenols can help prevent diseases triggered or promoted by oxidative damage, like coronary heart disease, stroke and certain cancers.”

“Science marches on. Our team learned valuable lessons from earlier reviews on this topic, and we benefited from the team’s remarkable breadth of scientific skills and experience,” says Charles Benbrook, a researcher at Washington State University and the only US co-author of the paper.

“We know that people choose organic food because they believe it is better for them, as well as for wildlife, animal welfare and the environment, and this research backs up what people think about organic food,” says the UK-based Soil Association. A 30-year study by the Rodale Institute came to similar conclusions, and also found that organic farming produces yields that match or surpass those of conventional farming systems, especially during times of drought. It also improves the health of soil and water, requires half the energy inputs, and is critical in absorbing carbon dioxide that’s driving climate change.

Here’s the study in British Journal of Nutrition Website: