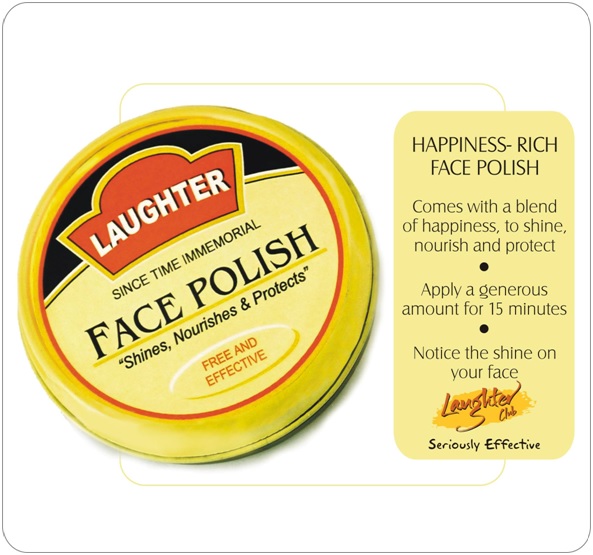 In today’s world, people want to be healthy, they want to be happy, but instead they are stressed out, depressed, getting less sleep, more negative thoughts and feeling isolated.  What is the solution for this stress and to move away from negative thoughts? One easy solution is “smile”.  As we, all know “laughter is the best medicine”.

Laughing yoga is in practice from many years.  In the early 90’s an Indian medical Dr. Madan Kataria worked as a registrar in a local hospital in Mumbai, also used to write papers for medical journals. In his scholarly work, he became interested in the growing body of scientific evidence showing that laughter is extremely beneficial to mental and physical health. He decided that more laughter helps to improve health and cope with the stress of modern living and started a quest to find ways that laughter can be prescribed to patients and people who needed it. In March 1995, while writing an article ‘Laughter – The Best Medicine’ for a health journal, he discovered many modern scientific studies, which described in depth, the many proven benefits of Laughter on the Human mind and body. In particular, Dr. Kataria was impressed by Norman Cousins’ book Anatomy of an Illness and the research work by Dr. Lee Berk.

The idea of laughing yoga came to Dr. Kataria’s mind when he was reading articles about laughing. His interest grew when he found out that Dr. William F. Fry, a professor of Psychology at Stanford University, California, was the first scientist to suggest in 1964 that laughter was a suitable field of study and the first to apply for public funding. He became the first self-proclaimed Gelotologist (an expert in the science of laughter, from the Greek root gelos, to laugh.) Similarly, Dr. Kataria was inspired by work and readings of Norman Cousins (1915-1990). Dr Cousins was an editor of the Saturday Review and was receiver of hundreds of awards including the UN Peace Medal. He raised a lot of public awareness about the healing power of laughter and positive emotions following his miraculous 1964 “laughter recovery” from a fatal illness, ankylosing spondylitis (a rare form of degenerative arthritis). He claimed that 10 minutes of belly rippling laughter would give him two hours of pain-free sleep, where previously nothing, not even morphine, could help him. His story baffled the scientific community and inspired a number of research projects. His 1979 book Anatomy of an Illness is a classic.

Profoundly inspired and being a man of action, Dr. Kataria immediately decided to field-test the impact of laughter on him and others. Starting with just five people, at 7 am on March 13, 1995, at a public park in his neighborhood in Mumbai, India; he launched the first ‘Laughter Club’. These five founding members laughed together in the park that day to the amusement of bystanders; and within few days this small group quickly grew to more than 50 participants. While they ran out of jokes Dr. Kataria came up with another idea. Dr. Kataria understood that our body can not differentiate between pretend and genuine laughter. Both produced the same ‘Happy Chemistry’. The next morning he explained this to the group, and asked them to try to act out laughter with him, for one minute. Amid skepticism, they agreed to try…. The results were amazing. For some, the make believe laughter quickly turned into real laughter – this was contagious and in no time others followed. Soon the group was laughing like never before. The hearty laughter that followed persisted for almost ten minutes. This breakthrough was the birth of Laughter Yoga.

Dr. Kataria also found similarities between Pranayama and laughter yoga. He incorporated elements from this ancient form of Yoga into Laughter Yoga, including the deep breathing exercises now used between laughter exercises, to deepen the impact.

In September 2011, academics from Oxford University published research demonstrating that continuous laughter significantly increases people’s pain threshold, by as much as 10%.

How to perform laughing yoga?

Laughter Yoga includes four things:  clapping in rhythm to ‘ho-ho-ha-ha-ha’, breathing and stretching, child-like play and laughter exercises.  Laughter comes from the body not the mind.  When we take part in a laughter workshop we get a release of endorphins, giving us a “feel good” factor; the whole body relaxes and stress and tension is reduced.  We also get an aerobic exercise.  Laughter tones our muscles and improves our respiration – and our immune system is boosted which helps us to resist disease. Laughing in a group is a good exercise.