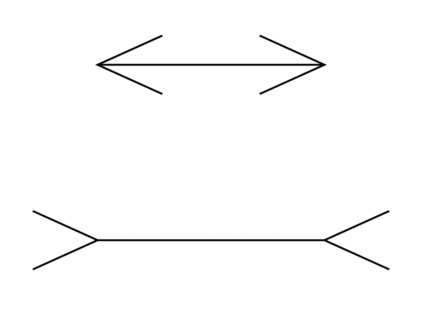 Author: Sumana Rao | Posted on: September 2, 2016
TAGS: Horizontal linesMueller-Lyer IllusionPointing Arrows
« Previous Article Next Article »
« How many legs does this elephant have? Do you see gray dots at the intersections of the white lines? »