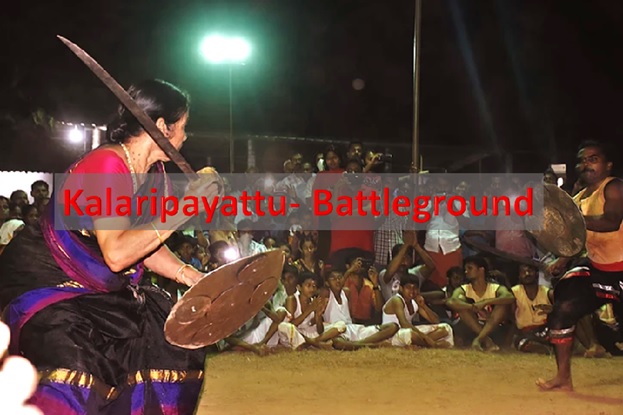 Kalarippayattu is one of the oldest Martial arts of India. It is originated from Kerala and one of the oldest fighting systems in existence. It is believed to have been founded by Lord Parasurama and Sage Agastya Muni.

Many movements and postures in the art of kalaripayattu are believed to be inspired by the raw strength of animals and are also named after them.

Many martial arts in India have been forgotten due to neglect and lack of proper documentation of their existence but kalaripayattu has stood the test of time.

During the 13th and 16th centuries, the art gained dominance and was incorporated into many religions as well. It was customary in Kerala to have all children above the age of seven to obtain training in kalaripayattu.

What it teaches?  It is practiced in most of the part of south India. A kalari is the school or training hall where martial arts are taught. It includes strikes, kicks and some weapon based practiced, Footwork patterns is most important key in Kalarippayattu.

Regional variants are classified according to geographical position in Kerala; these are the Northern style from Malabar region in north Kerala practiced by the Central style from inner Kerala and the southern style from Thiruvitankoor.

Northern Kalaripayattu is based on elegant and flexible movements, evasions, jumps and weapons training, while the southern “Adi Murai” style primarily follows the hard impact based techniques with priority on empty hand fighting and pressure point strikes. Both systems make use of internal and external concepts.