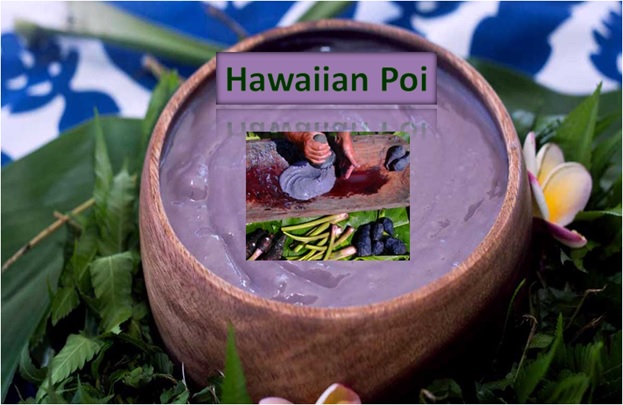 A traditional Hawiian food called Poi is a good source of probiotics. It is a Hawaiian word for the primary Polynesian staple food made from the underground plant stem or corm of the taro plant (known in Hawaiian as kalo). It is a traditional part of Native Hawaiian cuisine. Poi is produced by mashing and pounding followed by cooking the corm (baked or steamed) until it is a highly viscous fluid looks like dough.  Poi has a paste-like texture and a delicate flavor, with a pale purple color that derives from that of the taro corn. Poi powder is available online stores like amazon.com and http://tastyislandhawaii.com/

What it contains? Poi has more beneficial bacteria than yogurt. Fresh poi is sweet and edible all by itself. Each day thereafter, the poi loses sweetness and turns slightly sour, due to a natural fermentation that involves Lactobacillus, yeast, and Geotrichum. Taro is low in fat, high in vitamin A, and abounds in complex carbohydrates. Poi has been used as a milk substitute or baby food for babies. It contains no gluten, and as such is safe for ingestion by people with celiac disease or gluten intolerance.