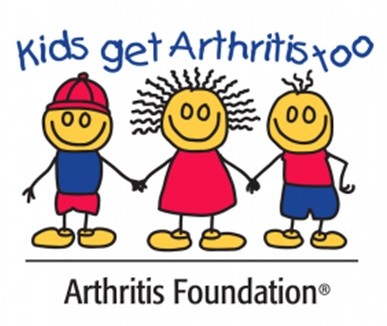 July is also Juvenile Arthritis Awareness Month. As CureArthritis.org states, “It is a common misconception that only ‘’old’ people are afflicted with arthritis. Children can get arthritis just like adults. Arthritis is caused by inflammation of the joints. It causes pain, swelling, stiffness, and loss of motion. Juvenile arthritis is the term used to describe arthritis in children. The most common type that children get is juvenile idiopathic arthritis (idiopathic means “from unknown causes”). There are several other forms of arthritis affecting children. Juvenile arthritis affects children of all ages and ethnic backgrounds. About 294,000 American children under age 18 have arthritis or other rheumatic conditions.

In India, kids who are afflicted by the disorder are often at their wits end on how to deal with the situation. They find their active life restricted and dependency on medicines increasing.  Also, since dietary restrictions come into play, many kids are forced to give up their favorite chocolates and cakes.

According to doctors, juvenile rheumatoid arthritis, also known as juvenile idiopathic arthritis (JIA), is the most common type of arthritis found in children under the age of 16. It is one of the most frequent chronic illnesses among children and an important cause of short- and long-term disability. According to Paediatric rheumatologist Vinaya Kunjir onset of JIA before six months of age is unusual. However, the age at onset is often quite early – with the highest frequency between one and three years of age. Girls are affected twice as many as boys. According to experts, one to four children out of every 1000 children have juvenile arthritis. The condition causes a person’s immune system to attack his own body by releasing poisonous proteins which lead to degeneration, affecting the joints. If left untreated for long, it may develop into more serious complications, leading to even total disability in some cases.

Here are some more Q & A regarding juvenile arthritis.

Juvenile arthritis is usually an autoimmune disorder. As a rule, the immune system helps fight off harmful bacteria and viruses. But in an autoimmune disorder, the immune system attacks some of the body’s healthy cells and tissues. Scientists don’t know why this happens or what causes the disorder. Some think it’s a two-step process in children: something in a child’s genes (passed from parents to children) makes the child more likely to get arthritis, and something like a virus then sets off the arthritis.

What Are the Symptoms and Signs of Juvenile Arthritis?

The most common symptoms of juvenile arthritis are joint swelling, pain, and stiffness that doesn’t go away. Usually it affects the knees, hands, and feet, and it’s worse in the morning or after a nap. Other signs include:

Arthritis in children can cause eye inflammation and growth problems. It also can cause bones and joints to grow unevenly.

How Do Doctors Find Out if Your Child Has Juvenile Arthritis?

There is no easy way a doctor can tell if your child has juvenile arthritis. Doctors usually suspect arthritis when a child has constant joint pain or swelling, as well as skin rashes that can’t be explained and a fever along with swelling of lymph nodes or inflammation in the body’s organs. To be sure that it is juvenile arthritis, doctors depend on many things, which may include:

A team approach is the best way to treat juvenile arthritis. It is best if a doctor trained to treat these types of diseases in children (a pediatric rheumatologist) manages your child’s care. However, many children’s doctors and “adult” rheumatologists also treat children with arthritis.

Other members of your child’s health care team may include:

How Is Juvenile Arthritis Treated?

Doctors who treat arthritis in children will try to make sure your child can remain physically active. They also try to make sure your child can stay involved in social activities and have an overall good quality of life. Doctors can prescribe treatments to reduce swelling, maintain joint movement, and relieve pain. They also try to prevent, identify, and treat problems that result from the arthritis. Most children with arthritis need a blend of treatments – some treatments include drugs, and others do not.

How Can You Help Your Child Live Well With Juvenile Arthritis?

Juvenile arthritis affects the whole family. It can strain your child’s ability to take part in social and after-school activities, and it can make schoolwork more difficult. Family members can help the child both physically and emotionally by doing the following:

Do Children With Juvenile Arthritis Have to Limit Activities?

Pain sometimes limits what children with juvenile arthritis can do. However, exercise is key to reducing the symptoms of arthritis and maintaining function and range of motion of the joints. Ask your health care provider for exercise guidelines. Most children with arthritis can take part in physical activities and certain sports when their symptoms are under control. Swimming is a good activity because it uses many joints and muscles without putting weight on the joints. During a disease flare, your child’s doctor may advise your child to limit certain activities. It will depend on the joints involved. Once the flare is over, your child can return to his or her normal activities.

Author: HealthyLife | Posted on: June 30, 2015
TAGS: awareness monthJulyJuvenile Arthritis
« Previous Article Next Article »
« How to maintain overall health during menopause? Which one is better? Juicing Vs. Smoothies »