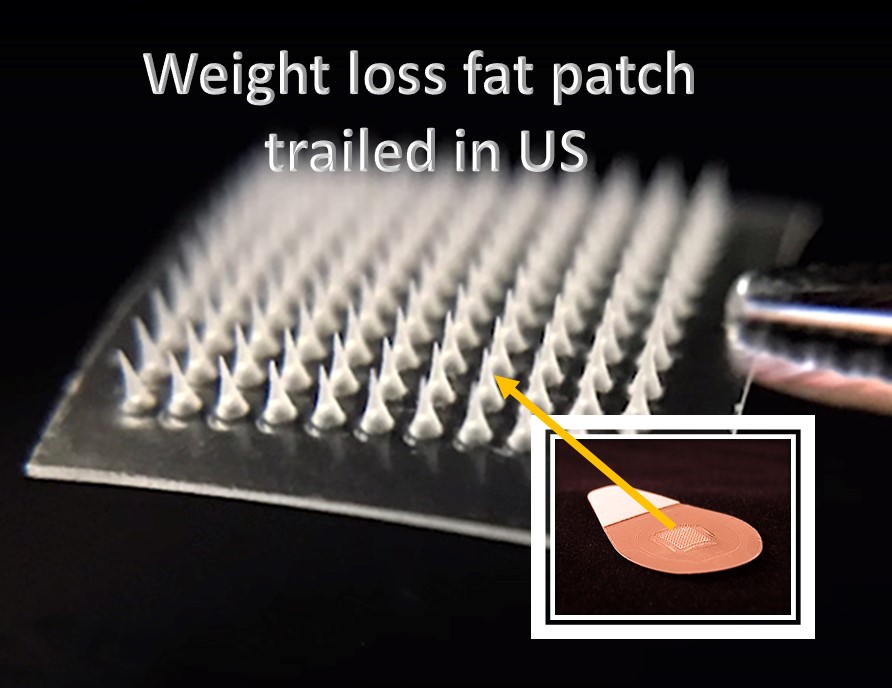 Want to get rid of unwanted fat without liposuction? Scientists have come up with a new invention “ needle covered patch”, weight loss fat patch that dissolves body fat wherever we stick it!

Hard to believe the news ?! Well, the medical patch developed by Columbia University and University of North Carolina Researchers. However, It does not do any good for cosmetic industry as it is more focused to help to fight obesity and diabetes types of conditions that are more prevalent today.

How the skin patch works?

Human body has two types of fat cells – White and brown fat cells. Brown fat is often considered /thought as good fat as it readily breaks down while producing heat. This is present in good amount in human newborns and helps in maintaining body temperature. In grown ups brown fat is present in less amount and white fat cells are more. White fat cells are used for long term energy storage and not easily burned. Many research in recent years focused on these two types of fat and how to convert energy storing white fat cells into energy burning brown fat. There are pharmaceutical drugs available that promote browning of white cells in the form of injections or pills. Exposing body to such drugs means inviting side effects associated with them such weight gain, bone fractures and stomach upset.

This is where this skin patch helps.  According to scientists skin patch appears to alleviate these side effect/ complications by delivering most drugs directly to fat tissue.

Skin patch grid contains microscopic needles which deliver browning drugs under the skin where the white fat is being stored. It means, drugs are encased in nanoparticles (measuring about 250 nanometers  in diameter) and delivered to cells. These nanoparticles are deployed then in the patch and when pierce the skin (it is painless), drug absorbed inside with dissolve in cells.

According to Biomedical Engineer Zhen Gu, the nanoparticles were designed to effectiel hold the drug and then gradually collapse, releasing it into nearby tissue in a sustained way instead of spreading it in throughout the body.

Experiment was conducted on obese mice using two types of drugs that help in browning of white fat 0Rosiglitazone and CL 316243. The results showed the patches containing either of these drugs produced 20% reduction in fat on animals when compared to empty nanoparticles patch. Fasting blood sugar level was under control !

Currently the team is researching more on which drugs and combination of drugs that might work best to enable localized browning. The results are yet to be seen on humans. There is no firm plans to release the patch for use of people in near future as it needs more research work. But  It looks promising as it is noninvasive alternative to liposuction for reducing fat. It is also a safe and effective means of treating obesity and related metabolic disorders like diabetes.