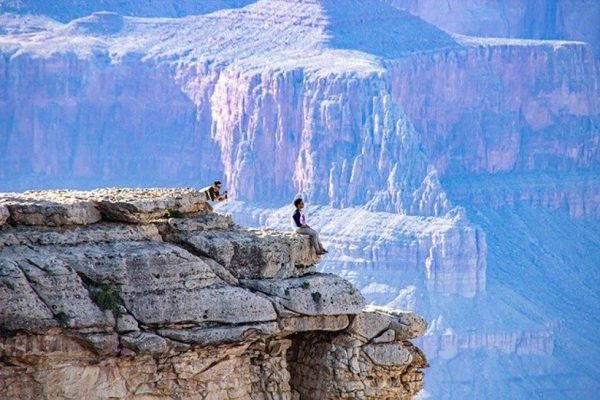 (About author: Born on the 24th of August not so long ago, Wedler currently resides in Los Angeles, California, where she was born and raised. With a BA in History from University of California, Los Angeles, she takes special interest in in the police and warfare states, the Drug War, the relevance of history to current problems and solutions, and positive developments that drive humanity forward. Before joining Anti-Media’s team in September of 2014, she produced videos for her YouTube channel. As an independent journalist, Carey is also the Senior Editor for Anti-Media and is responsible for editing most of the site’s content).

As the “selfie” has pushed its way to the forefront of popular culture — even earning recognition as an official word in the English language — it is still viewed with skepticism and is often considered dangerous for the societal egocentrism and superficiality it has come to represent. One study even found selfies are associated with higher rates of narcissism, psychopathy, and self-objectification. A new examinationsuggests they are dangerous in another regard: selfies are more lethal than cannabis.

Mashable’s original death-by-selfie analysis actually compared the number of people who died while taking selfies in 2015 to the number of people killed by sharks in that same period. The simple comparison found more people accidentally died while attempting to snap pictures of themselves than were killed by the notoriously dangerous fish. Mashable reported that selfies killed twelve people while sharks killed eight, though Conde Nast Traveler notes the figure for selfies could be higher as there is not yet a reliable way to track this cause of death.

As the Chicago Tribune pointed out, however, comparing selfies to shark attacks may be an invalid parallel: “A shark attack is a direct mechanism of death — a thing that produces actual, physical harm. A selfie, on the other hand, is what health statisticians might classify as an ‘underlying mechanism’ or an ‘intermediate mechanism,’ depending on the exact circumstances: a thing that’s involved in, and maybe precipitates, an accident, but doesn’t actually cause any physical harm.”

Selfies may not inherently cause harm, but neither do a wide variety of other actions. The Tribune notes that walking down a flight of stairs (one could fall down) or swimming in the ocean (one could drown or be killed by a shark) are actions thatcould be associated with death but are not intrinsically dangerous. Another example of an inherently non-lethal action is using cannabis. Neither selfies nor weed are innate killers, but one is far more associated with death than the other.

Last week, one man did die from cannabis after he was pursued by police for stealing a car. He was so terrified of being charged with drug violations that he swallowed his plastic bag containing cannabis and subsequently choked to death. This is a rare case of death by cannabis (though it is arguable that had the man ingested only the cannabis and not the bag, he would not have died in the first place). As Joe Rogan said in the documentary, Culture High, “The only way marijuana can kill you is if you take 25 pounds of it and you throw it out of a CIA drug plane and it hits you in the f*cking head. That’s how you die from marijuana.”

In contrast, one Japanese tourist succumbed to death-by-selfie this weekat the Taj Mahal, falling to his death while attempting to snap a shot of himself from a high angle. This type of death is increasing around the world. “Deaths from bridge falls, hand grenade explosions, shots to the head, bison gorings — it’s been enough that the European Union, in June, actually proposed the criminalization of certain types of selfies: namely, those containing landmarks like the Eiffel Tower or Rome’s Trevi Fountain,” Conde Nast Traveler explains.

Earlier this month, Reuters reported on “dozens of grisly selfie-related deaths and injuries” in Russia this year — illustrating the likelihood that the number of selfie deaths for 2015 is higher than Mashable’s total of twelve. The string of deaths in Russia prompted the Russian Interior Ministry to launch a public awareness campaign about the dangers of selfies. “A cool selfie could cost you your life,” reads one poster.

Indian officials recently imposed a “no selfie zone” at the annual Hindu Kumbh Mela festival over fears they could cause a stampede. Americans, too, have died taking selfies. As Reuters detailed, in Texas, “…a 19-year-old father of two died after shooting himself in the neck during a selfie. In Yellowstone National Park exasperated officials issued warnings after five separate selfie takers were gored this summer while standing too near bison.” People have also indirectly died from selfies by falling off cliffs and attempting to pose with bears. One man was recently bitten — though not killed — by a rattlesnake while attempting to take pictures with it.

Millions of selfies are taken every week, meaning these featured instances are anecdotal as relatively very few selfie attempts actually result in death. However, the same could be said of “attempts” to get high on cannabis, a plant that never kills people and is also increasingly associated with medical benefits — proving itself more advantageous to society than carefully staged and potentially life-threatening vanity shots.

This article is presented as appeared in : http://www.trueactivist.com/taking-selfies-officially-more-dangerous-than-using-cannabis/
Image courtesy: Image by Michael Bußmann from Pixabay