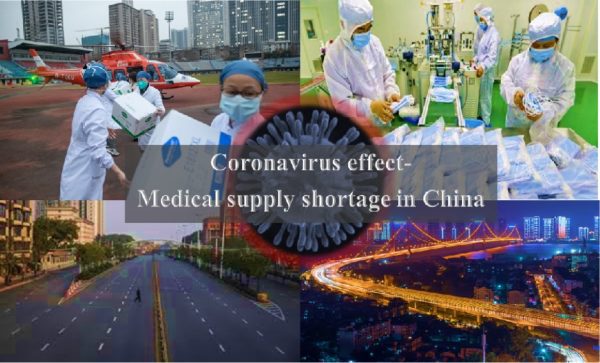 As of today, death due to Novel coronavirus outbreak in China raised to 908 and more than 37,500 people are infected globally. According to daily health news updates, the death toll is more than SARS epidemic that occurred in early part of 2000s.

With growing number of patients infected with coronavirus, China Government is struggling to address the growing shortage of medical equipment and supply. Reports also say that there is a shortage of medical workers in the affected Hubei area.  National Health Commission of China over the past weekend reported more coronavirus confirmed cases. The healthcare infrastructure is causing more problem in China.   The fatalities that happened over the past week was reported around the city of Wuhan in central Hubei province. Wuhan is the city, where the coronavirus illness was first detected in December 2019.

The concern now is coronavirus deaths surpass the SARS deaths. In addition to mainland China, Hong Kong reported 36 cases. In Macao more than 10 cases were reported. An entire family in Hong Kong were infected with the deadly virus after they shared a hot pot meal. The large pot of boiling broth contained meat and vegetables. According to the New York Times, the family members had no or only minor symptoms when all of them attended to hot meal.

Meanwhile China’s ruling party has faced backlash and recriminations from the public over the death of the doctor who alarmed government about the disease more than a month ago, before the outbreak of the disease. Despite rising numbers of infections and deaths, China so far has refused to take help from world’s foremost agencies, from WHO and CDC (Center of Disease Control, US). CDC offered to send team of experts from its Epidemic Intelligence Service. However, China government ignored the offer. Similarly, WHO’S efforts and offer to visit Wuhan city was not considered. According to top diplomats, China does not want to appear to be unable to handle the situation alone.

Clinical trials and finding a vaccination to cure the 2019-nCoV is still underway. So far in US disease is contained and no deaths reported. Situation can change and it could spread to pandemic status according to experts. CDC wanted to study the medical situation in China, the study was hoped to improve US public response to any such threats or outbreak within the country.  US reported few more cases of coronavirus including a cruise ship where 65 people were reported to show symptoms of coronavirus infection.

In China, many villagers set up their own roadblocks to keep the outsiders away. Markets were hardly open in cities. Vegetable supplies were uneven in many cities and people are afraid to eat meat. In many places body of those who were died due to infections were burnt instead of burial, due to the fear of fast and widespread coronavirus.

In Beijing and other cities few businesses and stores were opened as of today, but the activity was very limited to due to the concern. Companies are checking the workers for fever and other symptoms and were also handed the masks to cover their face while working.  Largely the roads in China appeared to be empty, free of traffic and rental bikes which are more popular way of transportation did not find many customers either. Schools and major attractions including Forbidden city remain closed.

Many countries including US, India, Australia, Britain, Germany has offered aid to China including medical supplies. WHO is convening innovation and global research forum (to be held 11-12 February in Geneva) to mobilize international action in response to new virus. According to WHO Director General r. Tedros Adhanom Ghebreyesus “Harnessing the power of science is critical for bringing this outbreak under control”.

Coronavirus (2019-nCoV) spreads primarily through droplets from sneezes and coughs and contact with surfaces. Researchers say it could also be transmitted through feces! It is important to wash hands cautiously and take preventive measurements to keep away coronavirus.