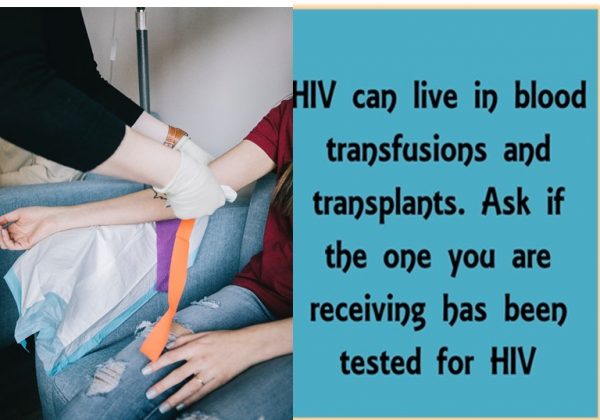 HIV infected blood transfusion resulted in infection of more than 2000 people in India in past 17 months – India’s National Aids Control Organization (NACO) released the information at the insistence of information activist Chetan Kothari, who filed a petition for the report.

More than 2,200 people who received blood transfusions in India in the past 17 months were infected with HIV, new figures show. Blood transfusions are used when patients lose blood due to an injury or during surgery. About 84 % of blood used for such procedures in India reportedly comes from voluntary donations.

Mr. Kothari claims that the Government – provided the official data -the data was collected by India’s National Aids Control Organization (NACO), but was only released to the public when Kothari filed a Right to Information query.

India has more than 2 million people living with AID/HIV.  By law, In India the blood bank and hospitals where the blood donation and transfusion takes place, required to screen blood for HIV, as well as hepatitis B, C, and other infections, before a transfusion. However, the new data suggests this is not happening consistently across the country, possibly due to a lack of funding.

According to Kothari, “The problem lies in the cost of the tests which helps to determine the HIV. It costs about Rs. 1,200 for the test or $18 and lack of facilities creating these problems.  In big cities like Mumbai only the private hospitals have HIV testing facilities. Even the largest Government hospitals do not have the technology to screen blood for HIV”.

When it came to infection rates, some parts of the country were worse than others, with the highest number of transmissions – 361 cases – being reported in the northern state of Uttar Pradesh. In the country’s west, the state of Gujarat recorded 292 cases and Maharashtra had 276 cases. As reported in local paper The Hindu, just last week, a three-year-old boy was infected with HIV after receiving contaminated blood to help treat serious burn injuries.

Mr. Naresh Goyal, deputy director general of the National AIDS Control Organization, said the numbers need to be put in context, as nearly 8 to 10 percent of infections in India were attributable to transfusions 20 years ago, but today that figure is below 1 percent. Naresh Goyal, told Himanshu Goenka over at the IB Times that the country has made great progress when it comes to reducing the risk of infection. He also pointed out that some people may test negative for HIV because the virus takes about 10 days after initial infection to be detected in a patient’s blood, showing a false negative.

“These are unfortunate cases and we are working towards the goal of zero transmission. Having said that, these numbers must be looked in the context of the scale of our HIV program,” he said. “It is now legally mandatory for every blood bank to screening the units before giving it to a patient.”

India is the second-most populous country in the world and has the third-highest number of HIV-infected people in the world – at around 2.1 million people – following South Africa and Nigeria.

HIV, the virus that can lead to AIDS, is most often passed through sexual contact, but also can be transmitted through injection drug use. Countries like the United States, United Kingdom and Australia do not allow gay or bisexual men to donate blood unless they have abstained from sex with men for at least a year.

India already has more than 2.1 million people living with HIV or aids, which is why it’s so important to screen blood for the virus before using it in transfusions. India has also banned blood banks from paying donors, to help reduce people at high-risk of HIV infection from donating.  The HIV infection rates are also slowly dropping in the country – in 2007 there were more than 2.2 million people infected. Still, there’s more that could be done. In countries such as the US, Australia, and the UK, potential donors are screened even before they donate blood, to make sure they do not carry any infections. The blood is then tested again afterwards by blood banks. These countries also do not allow people at high-risk of HIV, such as sexually active gay men, to donate in order to further reduce the risk of blood being donated during the 10-day false-negative window.

India is progressing towards new dimensions and economic conditions are improving. Hope this progress continues, and eventually people in India can receive a life-saving blood transfusion without the fear of infection.

Image credit: Photo by Creators Collective on Unsplash (Free for commercial use)