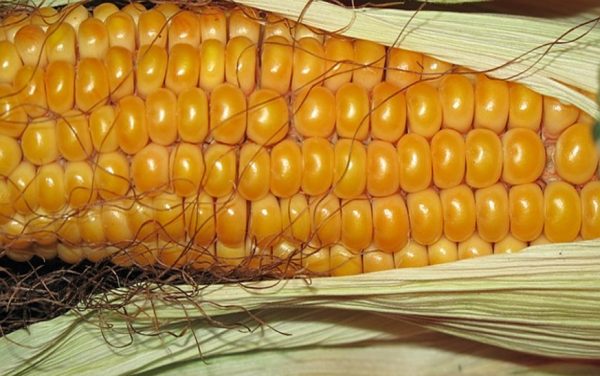 What is in GMO vegetables that can be scary? Below is some information everyone should know before consuming GMO corn.

The United States is run over with GMO corn. More than 20 varieties of genetically modified corn are being sown across hundreds of thousands of acres of America’s farmland. It is estimated that 89% of all corn crops planted, are in fact, now GMO. With these inexcusable statistics, proving that biotech has completely dominated the seed industry, you should know just what is in those corn chips at your favorite restaurant.

Here are 5 things in GMO corn that shouldn’t be in anything we put into our bodies:

Using recombinant DNA technology, biotech has infused our corn with a strain of E. coli. Most E. coli strains are harmless, but some, such as serotype O157:H7, can cause serious food poisoning in humans, and are occasionally responsible for product recalls.

The harmless strains are part of the normal flora of the gut. They can benefit their hosts by producing vitamin K2 and by preventing the establishment of pathogenic bacteria within the intestine. However, the GMO E. coli bacteria has been known to cause virulent factors in many animals and humans. Mutated forms of the bacteria, which are known to occur often in recombinant DNA, can then infect a person or animal’s gut, causing digestive issues and more.

This is a viral gene that was recently discovered in GMO corn.

“Researchers with the European Food Safety Authority discovered variants of the Cauliflower mosaic virus 35S in the most widely harvested varieties of genetically-modified crops, including Monsanto’s Roundup Ready Soy and Maze. According to the researchers, the particular ‘Gene VI’ is responsible for a number of possible consequences that could affect human health, including inhibition of RNA silencing and production of proteins with known toxicity.

The EFSA is endorsing ‘retrospective risk assessment’ of CaMV promoter and its Gene VI sequences — in an attempt to give it a clean bill of health. It is unknown if the presence of the hidden viral genes were the result of laboratory contamination or a possible recombinant product of the resultant organism. There are serious implications for the production of GMO for foodstuffs, given either possibility.”

Biotech will tell you that this is a necessary evil in GE production, but it turns out the same markers can make humans resistant to antibiotics as well, creating ever-more ‘super-bugs’ and other viral diseases we have little way of stopping. As authors Gay and Gillespie state in a Lancet publication, “Concern has been expressed that the release of these markers in GM plants may result in an increase in the rate of antibiotic resistance in human pathogens.”

GMO Corn grown in the U.S. and elsewhere is full of Bt toxins. Bacillus thuringiensis is a Gram-positive, soil-dwelling bacterium commonly used as a biological pesticide. (They are also known as Cry and Cyt toxins.) These toxins have been proven to be toxic to mammalian blood by Dr. Mezzomo and his team from the Department of Genetics and Morphology at the Institute of Biological Sciences, University of Brasilia.

These scientists were already aware that Bt toxins were extremely dangerous and potentially deadly at levels above 270 milligrams per kiligram (essentially ppm), but they went further to test levels ranging from 27mg/kg, 136mg/kg, and 270mg/kg for one to seven days. They found that even at the lowest level of exposure, Cry toxins were hematoxic.

“Cry toxins interact with specific receptors located on the host cell surface [(such as in the GE plant)] and are activated by host proteases following receptor binding resulting in the formation of a pre-pore oligomeric structure that is insertion competent. In contrast, Cyt toxins directly interact with membrane lipids and insert into the membrane.”

Despite this, the EPA has recently approved an exemption for Bt residues in GMO crops.

A Norwegian study recently published in Food Technology stated that there were extreme levels of RoundUp (glyphosate) in GMO food. The researcher found an alarming 9 milligrams of RoundUp per kilogram, on average. That’s nearly double what Monsanto—the maker of RoundUp—deemed “extreme” in 1999, according to an article in The Ecologist. This toxic chemical is known to cause chronic kidney disease, reproductive issues, DNA damage, and many more serious health concerns. RoundUp and glyphosate has also been found in our blood, urine and even breast milk.

There you have it – 5 toxic biotech additives to GMO corn (as well as other GE crops) that are anything but ‘safe’.  Is this really what you want to eat every day? Meanwhile, experts are trying to save Mexico’s 60 varieties of indigenous, non-GMO corn from biotech influence.

Source as appeared in : http://naturalsociety.com/5-things-gmo-corn-shouldnt/#ixzz3idX3X8k9