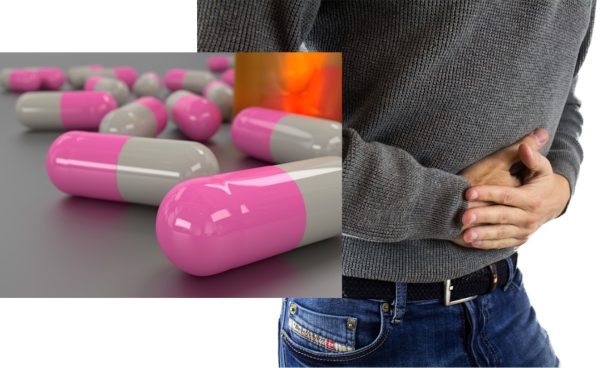 The Food and Drug Administration recently approved a fecal-based therapy to prevent recurrent Clostridioides difficile infection. Rebyota is a drug that is approved for the prevention of recurring C. dificile infection also known as CDI in individuals of 18 year old and above.

What is Clostridioides difficile?

C. diff is a bacterium that infects and causes inflammation of the colon that leads to nausea, stomach pain, fever, diarrhea, and loss of appetite. Each year in US alone about half a million infection that occur because of C. dificile  and one patient out of six will have recurring CDI within next eight weeks of initial infection.

Generally human intestinal tract harbors gut flora or gut microbiome. In a healthy person, these microbes are well behaved and are balanced. Sometimes, due to disturbance in the gut environment like disturbance after taking antibiotics to treat certain infection will lead to imbalance in the gut flora. This will lead to multiply of certain harmful bacteria such as C. dificile. Once multiplied in excess, they release toxins causing diarrhea, abdominal pain and fever, and in some cases, organ failure and death. A weakened immune system after surgery, hospitalization due to sickness, a person aged above 65 years with weak immune system can also get infected and suffer from CDI. These patients might get infected multiple times. Treatment options for the risk that happens in recurring CDI is limited.  To restore the gut flora and to prevent further CDI administrating fecal microbiota in the patients was thought to be a solution (Healthy Life)

Rebyota is administered rectally as a single dose. Rebyota is prepared from stool donated by qualified individuals. The donors and the donated stool are tested for a panel of transmissible pathogens, however, as Rebyota is manufactured from human fecal matter, it may carry a risk of transmitting infectious agents. In addition, Rebyota may contain food allergens; the potential for the product to cause adverse reactions due to food allergens is unknown.

The safety of Rebyota was assessed from two randomized, double-blind, placebo-controlled clinical studies and from open-label clinical studies conducted in the United States and in Canada. The participants had a history of one or more recurrences of CDI. They received one or more doses of Rebyota or placebo 24 to 72 hours after completion of antibiotic treatment for their CDI; participants’ CDI was under control at the time of receipt of Rebyota or placebo. Across these studies, 978 individuals aged 18 years and older received at least one dose of Rebyota. In one study, among 180 Rebyota recipients, when compared to 87 placebo recipients, the most common side effects after receiving one dose of Rebyota were abdominal pain, diarrhea, abdominal bloating, gas, and nausea.

The effectiveness of Rebyota was evaluated in an analysis of data from a randomized, double-blind, placebo-controlled, multicenter study. The analysis included 177 adults who received one dose of Rebyota and 85 who received one dose of placebo in this study. It also incorporated success rates from a different placebo-controlled study in which 39 adults received one dose of Rebyota and one dose of placebo and 43 adults received two doses of placebo. Success in preventing recurrent CDI was defined as the absence of CDI diarrhea within 8 weeks of administration of Rebyota or placebo. In a statistical analysis that considered both studies, the overall estimated rate of success in preventing recurrent CDI through 8 weeks was significantly higher in the Rebyota group (70.6%) than in the placebo group (57.5%).

The FDA granted approval of Rebyota to Ferring Pharmaceuticals Inc.