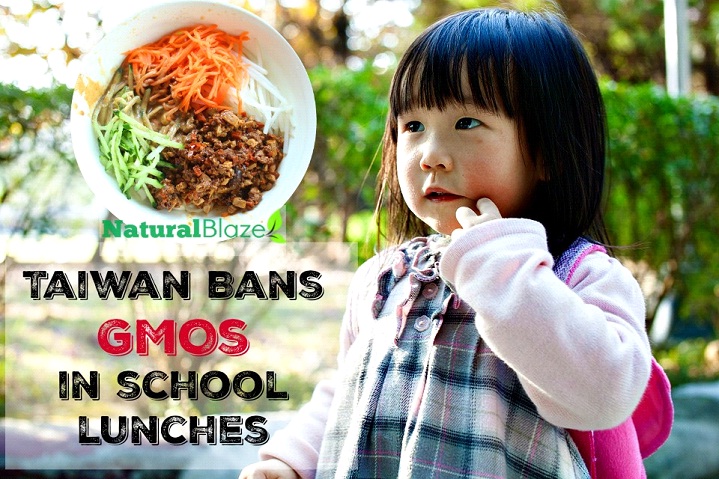 The government of Taiwan recently approved legislation to effectively prohibit any food containing genetically modified ingredients from being served to children in school meals.

According to Democratic Progressive Party Legislator Lin Shu-fen, one of the amendments’ sponsors, the decision was made primarily due to potential health and environmental hazards revolving around genetically modified foods.

Focus Taiwan reports that every year, the country imports nearly 2.3 million tons of soybeans, 90% being genetically engineered. Though the GM crop is primarily used as animal feed in Taiwan, many fear that if the soybeans were used in meals for school children, they could have a negative impact on children’s’ physical and psychological health.

“If young students consume foods that are made from genetically modified primary ingredients, it is tantamount to a hidden food safety crisis because they are exposed to unnecessary risks,” said Legislator Shiow-yen of the Kuomintang.

For this reason, say the lawmakers, it is essential schools get rid of GM foods.

The progressive move bans GMOs from school meals and promotes the consumption of locally-grown, fresh farm produce, as well as other ingredients.

103 of the city’s 235 schools have already omitted GMOs, so the clearly the transition can be done.

According to the Ministry of Education, when the new requirements take place – by next semester at the earliest – the cost of school meals could increase by NT$5 each ($0.15 USD). That small investment is worth it, many think, though it will add NT$235.8 million (US$7.17 million) to the ministry’s budget for subsidizing school meals for 262,000 disadvantaged elementary and junior school students.

This positive news comes shortly after Russia’s president, Vladimir Putin, announced that Russia would be the world’s #1 exporter of non-GMO foods. In a recent address to the Russian Parliament, he proudly outlined his plan to supply the world with ‘ecologically clean’ production and organic crops.

Such is a stark contrast from the United States, where glyphosate is still rampantly sprayed on GM crops (corn and soy being predominantly GM foods) and states are fighting for the basic right to label GMO-containing foods.