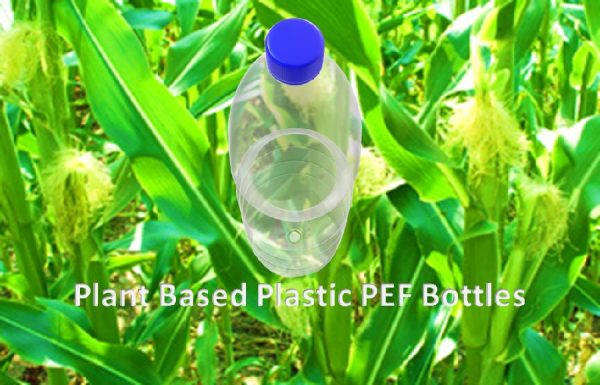 There are many efforts to put an end to single use of plastics. If bigger companies take part in this effort it could be a role model and inspire others.   Recently, many big companies like Coca Cola, L’Oreal have come together in support of projects for manufacturing of plant based biodegradable bottles.

Coca Cola, Carlsberg, Danone and L’Oréal are the companies that are supporting the “Paper Bottle Project,” executed by Dutch renewable chemicals company Avantium, paper packaging developer BillerudKorsnäs, and bottle manufacturers ALPLA. The project will use plant-based sugar rather than fossil fuels to make bottles.

“This plastic has very attractive sustainability credentials because it uses no fossil fuels and can be recycled – but would also degrade in nature much faster than normal plastics do,” said Avantium chief executive Tom van Aken.

This plant PEF reportedly has better thermal barrier properties than the standard PEF. Unlike other plastics, plant-based polymers are 100% recyclable and degradable. One can rot them in a composter or reuse them if they wish.

PEF could replace PET in applications like films, fibers and bottles for the packaging of food and non-food products, juices, soft drinks, water and alcoholic beverages.