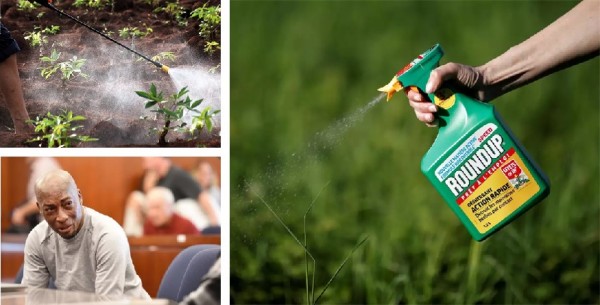 A former groundskeeper with terminal cancer won a law suit against Monsanto Company. The agrochemical giant to pay total of $289.2 million dollars for failing to warn consumers that Monsanto’s popular weed killer Roundup causes cancer! The agrochemical company to pay $39.2 million as compensatory damages and $250 million in punitive damages for failing to put the warning that could have cautioned consumers.

Groundskeeper DeWayne Lee Johnson filed a lawsuit on Monsanto company which is based in St. Louis. He alleged that spraying Roundup herbicide while working as a groundskeeper to Benicia Unified School District caused him to develop NHL “non-Hodgkin lymphoma” cancer. Because of Johnson’s health condition and terminal diagnosis, the case was the first to proceed to trial. Jury found unanimously that glyphosate-based herbicide Roundup caused DeWayne develop the cancer and Monsanto failed to warn about the severe health hazard in the information.

In addition, jury also found St. Louis based Giant company Monsanto acted with oppression, malice or fraud and should be punished.

Roundup the World’s most widely used herbicide. It is a non-selective herbicide and kills most plants. There are few countries who banned use of Roundup. But the rising labor problem and effectiveness of Roundup in controlling weeds made it to the top amongst all herbicides. Currently it is used by farmers in more than 160 countries with more than 1.4 billion pounds application per year! It contains a compound called glyphosate and it is the primary ingredient that acts on weeds.

Glyphosate kills weeds by blocking proteins essential for the plant growth and development. It stops a specific enzyme pathway called “Shikimic acid pathway” that is necessary for plants growth.  In US it is the second most preferred weed killer of household lawn! Roundup is effective in killing poison ivy, dandelions, kudzu, clover etc. The primary use of Roundup is in agriculture. Soy, cotton and corn fields in US are treated with Roundup ‘glyphosate’.

Why Roundup does not kill crops?

Because seeds of popular crops are genetically engineered to tolerate glyphosate. Genetically modified seeds are modified so that the plants are not killed by glyphosate. Farmers are using Roundup on entire field without any worry. Thus, the GMO crops particularly cotton, soy and corn production has tremendously increased.

In addition to these three crops, about five million acres of California agriculture lands were treated with glyphosate during 2012 to grow peaches, onions, cucurbits, cherries, sweet corn, grapes, almonds etc.

How farmers are exposed to glyphosate?

There are various methods of exposure to glyphosate:

Water – surface and groundwater used for drinking and cooking

When farmers spray Roundup it can enter through skin, eyes or breathing. Some glyphosate can enter body by smoke and eating. Products containing glyphosate may cause skin and eye irritation. Swallowing can cause burn in throat and mouth, vomiting, diarrhea and stomach pain. Pets may be at risk if they touch or eat plants/grass. Reports also indicate that Glyphosate also might increase celiac disease by increasing gluten sensitivity.

In July 2017, California took the bold step of placing the active ingredient in Roundup – glyphosate – on its list of known carcinogens and is requiring warning labels on Roundup products containing the toxin.

Are there any other ingredients in Roundup?

Roundup is high debated chemical compound in these days/ Some research suggests that Glyphosate as such is less toxic. As per few studies, it is difficult for human skin and system to absorb glyphosate and body may throw out glyphosate through fecal matter and urine. European Union Food Safety Authority (EFSA) also concluded that glyphosate is not likely to cause cancer or DNA damage! Some claim that other ingredients that are not disclosed by the Company are significantly more toxic and responsible for its toxic effect on human cells.

What WHO has to say about Glyphosate?

WHO in 2015 declared Glyphosate as “probably carcinogenic to humans”.  That means use of Roundup can put a person in risk of developing cancer. Glyphosate responsible for Non-Hodgkin lymphoma that originates in WBC and according to California court Dewayne Lee Johnson is one of the victim of Roundup spray. Activists who are battling to ban glyphosate lauded the decision of San Francisco County Superior Court. 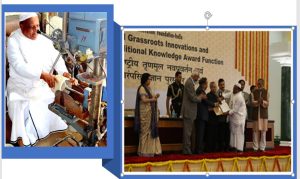 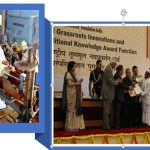 We love to share such inspiring stories where common people get recognition for their innovations and hard work. Abdul Khader Ndakattin recently received Padma award from Govt..