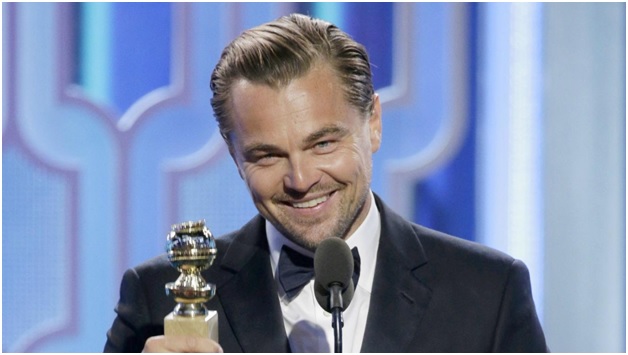 “It is time that we recognize your history and that we protect your indigenous lands from corporate interests and people that are out there to exploit them,” said DiCaprio.

The audience was vibrating as Leonardo DiCaprio stepped onto the stage and accepted his award for Best Actor at the Golden Globes last night.

As the clapping tapered off, DiCaprio began his acceptance speech. Humbled, he shared his thanks to those who helped him achieve the award, as well as paid tribute to indigenous people and their lands around the world.

Said the actor:“I want to share this award with all the First Nations people represented in this film and all the indigenous communities around the world. It is time that we recognize your history and that we protect your indigenous lands from corporate interests and people that are out there to exploit them.”

“It is time that we heard your voice and protect this planet for future generations.”

Social media blew up with wide praise by fans. Some of the tweets thanking the 41-year-old for bringing the issue front and center follow: (Few Twitter Tweets are below)

The star divulged with Variety that for the role, he had to learn how to shoot a musket, build a fire, speak two Native American languages (Pawnee and Arikara), and study with a doctor who specializes in ancient healing techniques.

The full-on immersion might have made the part the hardest in his career, but it taught him to appreciate Indigenous communities and the melding of cultures around the world.