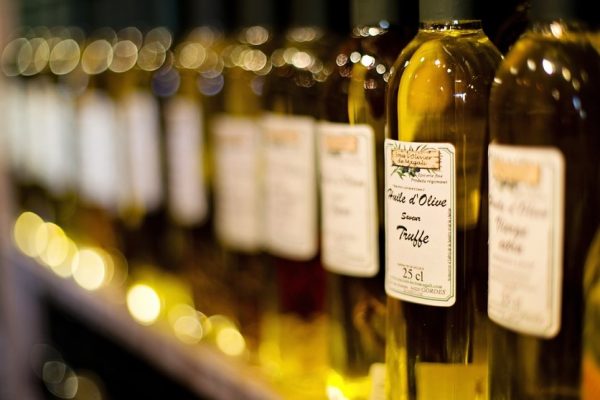 Edible oil used for cooking, salad dressing, frying, food formulation etc. adds important nutritional value in our daily diet. The demand for edible oil is always high both in national and international market and for this reason adulteration in oil is a major issue.

Like any other food adulteration, adulteration of edible oils can cause severe health issues in consumers. For example, argemone oil adulteration in Mustard oil can lead to gall bladder cancer, glaucoma, loss of eyesight and could also lead to epidemic dropsy. Another common adulteration of cooking oils – coconut oil, sunflower oil and groundnut oil with refined palm “super olein”, argemone oil, castor oil etc. that could lead to damage to heart, liver, stomach problem or cancer.

Olive oil which is expensive and known for its multiple health benefits often adulterated with inexpensive oil. This can pose problem to people who have food allergies.

This offence of adulteration is always in the form of mixing pure edible oil with cheap and unhealthy oil has negative health issues and affects the quality of the cooking oil.

In order to combat the edible oil adulteration, FSSAI of India conducted a survey by distributing samples of edible oils drawn from various sources like grocery stores, national and International brand from different cities. The survey results will be used to find “hot spots” of adulteration. Recently, FSSAI released a press report – Healthy Life

Food Safety officials of India and other countries often seize cooking oil due to adulteration.

New Delhi, August 28, 2020: Food safety regulator, FSSAI has decided to intensify crackdown against the sale of adulterated Edible Oil with a Pan-India surveillance of Edible Oil (both for the branded and unbranded oil samples). A quality survey has been conducted across the country between 25th to 27th August 2020 across all the States/ UTs. This nation-wide survey, carried out for the first time with over 4500 samples covering a total of 16 varieties of edible oil including mustard, coconut, palm, olive and blended oil. Various hilly as well as difficult terrains including Ladakh, Arunachal Pradesh, Daman & Diu as well as Andaman (UT) have been strategically included to be a part of this exercise so as to represent a holistic distribution of the sample size across the country. The samples have been drawn from supermarkets/ supermarkets as well as retail and grocery stores and include national and local brands.

The survey has been conducted by the State Food Safety department officials. At least 50 samples were collected from the metro cities – Delhi, Mumbai, Bengaluru, Chennai and Kolkata and 6-8 samples each in cities and districts, other than the metros. FSSAI had shared the detailed guidelines and SOPs for conducting the survey as well as procedure of sample collection with the Commissioners of Food Safety in all States/ UTs. A video conferencing facility was organized to appraise them on the process and safeguards to be followed diligently at the States/UT level. A 24by7 communication facility via a common WhatsApp group was also created for the ease of officials involved.

A comprehensive strategy for testing of these samples through the State Food Testing Laboratories or FSSAI notified food testing labs (including private NABL accredited) to analyze various parameters including Fatty Acid composition as well as adulteration of any other oils or harmful or extraneous substance/ chemical has been developed. The test results are expected in a month’s time.

The final survey results will help in identification of the key hot spots for adulteration of edible oils in different parts of the country and will strengthen efforts at the States/UT level in devising targeted enforcement drives in the coming months. The whole exercise is aimed at ensuring availability of pure and safe mustard and other edible vegetable oils in the country.

Image credit: Image by Jill Wellington from Pixabay  (Free for commercial use)