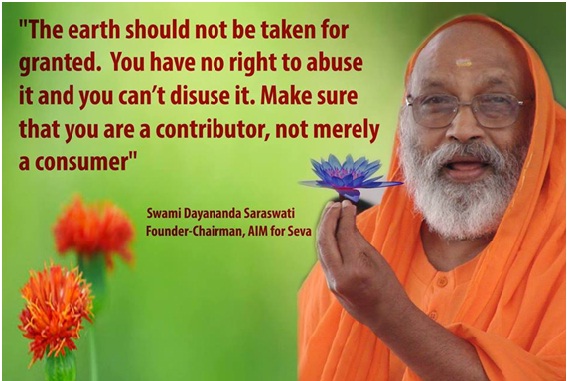 His depth of understanding and nuanced appreciation of Western culture makes him that rare teacher who can communicate the vision of non-duality to modern listeners.

He is able to make one see, with immediacy, the truth of oneself as the whole.

Swami Dayananda has been teaching Vedanta in India for more than four decades, and around the world since 1976.

In his public talks abroad, Swamiji has spoken at many of the most prestigious American universities, and has addressed international conventions, UNESCO and the United Nations, where he participated in the Millennium Peace Summit. Pujya Swamiji (as his followers address him with respect and love) is founder of AIM for Seva, a charity that helps rural children to complete their education.

Some of Swamiji’s quotes are below. These quotes are from various topics including Vedanta discussions and public speeches.