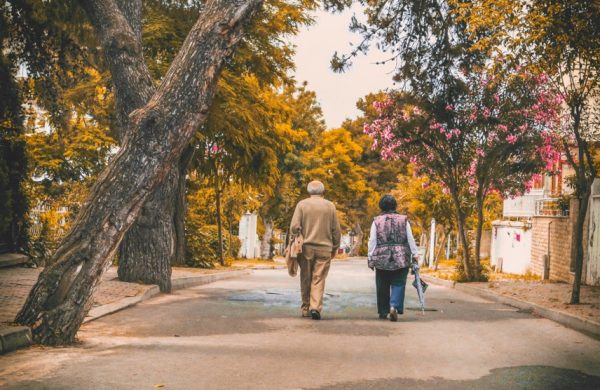 By Peter Jaret as published in WebMD Feature (Peter Jaret is a freelance writer in Petaluma, California, who has written for Health, Hippocrates, and many other national publications).

By keeping your heart, lungs, and blood vessels healthy, exercise helps ensure that all parts of the body, including brain cells, receive the oxygen and nutrients they need.

“A healthy brain really depends on a healthy body,” says Aron Troen, PhD, a neuroscientist at the Jean Mayer USDA Human Nutrition Research Center on Aging at Tufts University. “If blood supply is impaired to the brain because of vascular damage, it’s clear that it won’t function as well. Physical activity is crucial.” In fact, a healthy circulatory system may be particularly important for a healthy mind. Although the brain represents only about 2% percent of body weight, it uses about 25% of the energy we consume. So maintaining a healthy cardiovascular system to deliver that energy is critically important. Keeping muscles fit also matters. In a 2009 study of 900 seniors, researchers at Rush University Medical Center in Chicago reported that those who maintained muscle strength were significantly less likely to go on to develop memory impairment or Alzheimer’s disease.

The old saying “use it or lose it” applies to our brain and muscles alike. “Many new lines of research show that the human brain has much more plasticity than previously thought,” says Troen. In many ways, it’s like a muscle. Challenging the brain to learn new things — by reading, taking up a language, doing crossword puzzles, or playing a musical instrument, for example — can help keep the brain and informational processing in top form and may even reshape brain circuitry.

Researchers are only beginning to understand the many healthful components in plant-based foods that help protect against chronic diseases. For a healthy brain, antioxidants such as vitamin C, E, and A may be especially important. Dozens of studies have shown that foods high in antioxidants, such as blueberries and walnuts, slow age-related decline of brain function in laboratory animals. “Antioxidants clearly prevent or delay oxidative damage,” says Troen. “Again, that may be especially important for brain health. Since the brain is the most metabolically active organ in the body, it is exposed to the most oxidative stress. The brain also contains high levels of lipids, or fats, which are especially prone to oxidative damage.”

Over time, chronic high blood pressure, or hypertension, damages blood vessels, particularly small capillaries — including the tiny vessels that deliver nutrients and oxygen to the brain. Studies suggest that chronic hypertension is associated with increased risk of age-related cognitive decline. A study of 104 adults conducted by researchers at the Institute of Gerontology at Wayne State University in Detroit, for example, found that people with high blood pressure had slower memories and were less able to process information they see around them. Women take note: Studies show that older women are much more likely than older men to have high blood pressure and less likely to be under treatment to keep it under control.

An epidemic of type 2 diabetes is under way in the U.S. and much of the developed world, driven largely by rising rates of obesity. Diabetes occurs when the body is no longer able to breakdown sugar normally, causing levels of glucose in the blood to soar. These high blood sugar levels result in damage to the lining of blood vessels. In a study, researchers at the Rudolf Magnus Institute of Neuroscience in the Netherlands compared a range of cardiovascular risk factors, including high cholesterol, hypertension, and type 2 diabetes. They found a strong association between diabetes and declines in mental flexibility, memory, and the speed of brain processing.

Elevated blood levels of cholesterol can clog arteries, raising the risk of a heart attack. But even before damage to the heart shows up, abnormally high cholesterol levels may cause damage to brain cells. Several studies have shown higher risk of cognitive decline among people with elevated cholesterol. Preliminary evidence also suggests that efforts to lower cholesterol levels, both through a healthy diet and cholesterol-lowering medications, may protect against age-related memory loss and dementia.

Along with its short-term consequences, chronic depression may permanently alter the brain, increasing the danger of cognitive problems later in life. A lifetime history of major depression is considered a risk factor for Alzheimer’s disease. Some researchers now believe that chronic depression can cause inflammation in areas of the brain, which in turn may increase the risk of age-related dementia. There’s no solid evidence yet that antidepressant medications will protect the brain. Still, researchers say the long-term risk of cognitive decline is one more reason to take depression seriously and seek help.

Living alone and being socially isolated is a risk factor for many healthy problems, including memory loss and mental decline. A study by researchers at University College London studied 2641 people 65 years of age and older. Those living alone, the study found, were more likely to report poor health, poor vision, and memory problems. Some seniors have no choice but to live alone, of course. “Clearly for such people, it’s extremely important to take advantage of senior community centers, senior companions, and neighbors and friends to stay connected,” says Kathleen Niedert, director of clinical nutrition and dining services for Western Home Communities in Cedar Falls, Iowa.

Image credit; Photo by Emre Kuzu from Pexels (Free for commercial use)