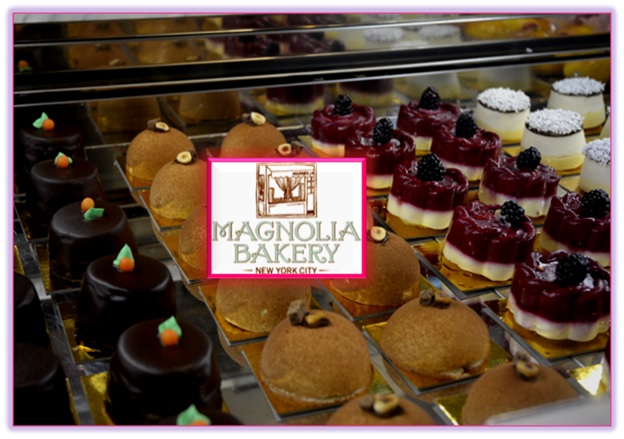 If you are in New York city you must visit this beautiful bakery. It offers varieties of baked food and chocolates, cookies, cheesecakes. Magnolia Bakery is a chain of bakeries founded in New York City. The company’s U.S. locations include stores in New York City, Chicago, and Los Angeles. Magnolia has four outlets—including the Bleecker Street branch featured in Sex and the City.

This cozy little 1950s-style bakery shot to fame when characters from the TV series “Sex and the City” stopped by for a cupcake-fueled sugar rush. As well as red velvet chocolate cupcakes, the bakery dispenses a rainbow of brightly colored cupcakes, plus banana pudding, cookies, cherry cheesecake, and brownies. The German chocolate cake is a high point.