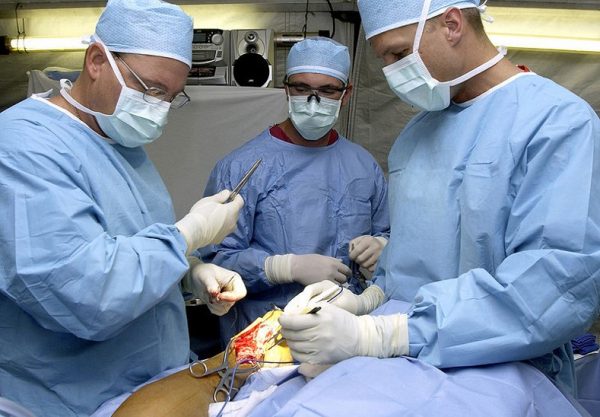 Incredible India !  Recently an 83-year-old person who is allergic to allopathic (english) medicines underwent a surgery through Ayurvedic procedures.  Mr. Ojaswi Sharma who hails from Meerut, India, went through prostatic surgery where doctors removed a massive 240 gm of prostate, without using antibiotics and all thanks to Ayurveda.

One of the most interesting kind of surgery without help of antibiotics and world’s first kind of surgery was held in Meerut recently.  Ojaswi Sharma from Meerut just became patient zero for first Ayurvedic surgery and this surgery could change the course of medicine completely.

This surgery was conducted at Anand Hospital, Meerut on March 1, 2016. The only allopathic help that Ayurvedic doctors used was involvement of anesthesia but no antibiotics at all. Doctors who operated on Mr. Sharma used, ayurvedic herbs, such as amla (Indian gooseberry), turmeric, shigru (drumstick) and guggul (gum resin). In a normal and regular surgery, antibiotics are essential (or required) to reduce the possibility of infection on the site.  However, Mr. Sharma who is highly allergic to allopathic medicines made it difficult to for him to undergo surgery using antibiotics.

Dr. Subash Yadav, an urologist consulted India’s top Ayurvedic experts for a solution bringing to their notice Mr. Sharma’s high allergic reactions. Professor Hemant Khushawa, National Institute of Ayurveds, Jaipur who is an expert in Ayurvedic medicines said that “special medicines comprising extracts of giloy, shigru, amla, turmeric and guggul were used in calculated proportions to be administered to Sharma. Shigru is for mild infections and is also a natural painkiller. Amla increases immunity while giloy is helpful in detoxifying the liver. The medicines were started 10 days before the operation.”

The whole procedure has taken aback the medical fraternity considering the decline in effectiveness of antibiotics in surgery.

Sharma was kept under observation for a month and has fully recovered now.

Since it is just one case and doctors including Manoj Kumar believe that better and well-equipped research needs to be done and more trials need to be conducted.

India is known for its incredible talents in many fields – Doctors, scientists, engineers and it is land of ancient civilization. If we recall, Sushruta, one of the earliest surgeons of the recorded history (600 B.C.) is believed to be the first individual to describe plastic surgery. Sushruta who lived nearly 150 years before Hippocrates (2500 years ago) vividly described the basic principles of plastic surgery in his famous ancient treatise ‘Sushruta Samhita’. Could Ayurveda in surgery be the new ray of hope in the declining and darkening world of antibiotics? Yes, it is quite possible.