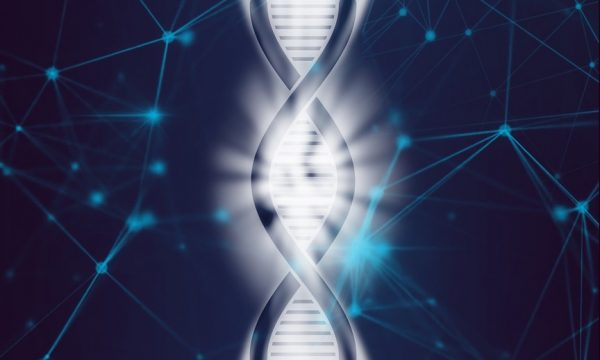 Researchers at University of Nebraska Medical Center (UNMC) in collaboration with Lewis Katz School of Medicine at Temple University, Philadelphia for the first time reported elimination of the virus responsible for AIDS in genomes of living beings. This HIV virus in genomic world known as “replication-competent HIV-1 DNA.

This study was reported recently in Nature communications is a milestone and marks a critical step in the development of possible cure for Human AIDS infection or HIV infection.

Scientists Kamel Khalili PhD Laura H. Carnell, Professor and Chair of the Dept of Neuroscience and Director of the Comprehensive NeuroAIDS center at Lewis Katz School said :  “ Our study shows that treatment to suppress HIV replication and gene editing therapy, when given sequentially can eliminate HIV from cells and organs of infected animals”

At present HIV treatment focuses on use of antiretroviral therapy or ART for treating HIV patients.  Patients who are on ART take combination of HIV medicines every day. ART is recommended for everyone who has HIV infection.  Art helps people live longer, healthier but it does not eliminate the virus from the body instead it only suppresses HIV replication. ART treatment continues for life long. If it stopped HIV rebounds and renews the replication of the virus and development of AIDS.  HIV rebound means its ability to reintegrate its DNA into cells genomes by affecting immune system, remain dormant and no antiretroviral drugs can reach the virus.

In their earlier work Dr. Khalili’s team used CRISPR-Cas9 technology which was aimed at removing HIV DNA genomes that are harboring virus.  This technology removed large fragments of HIV DNA from infected cells of both rats and mice while impacting viral gene expression. However, the gene editing does not mean complete elimination of HIV like ART treatment.

In new study, scientists- Khalili and team combined gene editing system with a new therapeutic strategy known as Long Acting Slow Effective Release ART or LASER ART. This new strategy targets viral sanctuaries and maintains HIV replication at low levels for an extended period by reducing the ART administration frequency. This long-lasting antiretroviral drugs with pharmacological changes in chemical structure were co-developed by Dr. Gendelman and Benson Edagwa from Pharmacology dept of UNMC. Modified medications that are packed in nanocrystals can readily delivered to tissues where HIV appears to be lying dormant. Nanocrystals slowly release the medication in the cells and eliminates HIV virus.

For the research mice were engineered to produce HIV susceptible human T cells that permits long term HIV infection.  After infection established mice were treated with LASER ART followed subsequently with CRISPR-Cas9. Mice were tested for viral load and the analysis revealed elimination of HIV DNA in one third of infected mice.

HIV (Human Immunodeficiency virus) that attacks human immune system causes weakness and destroys our body’s natural defense against illness. If untreated, a person’s immune system will get weaker and weaker that results in life threatening diseases and infections. The virus destroys T-helper cells which is a type of white blood cells. Virus makes copies of T-helper cells inside human system.  AIDS is set of symptoms and illness that occurs during HIV infection.

According to Dr. Khalili “We now have a clear path to move ahead to trials in nonhuman primates and possibly clinical trials in human patients within the year”