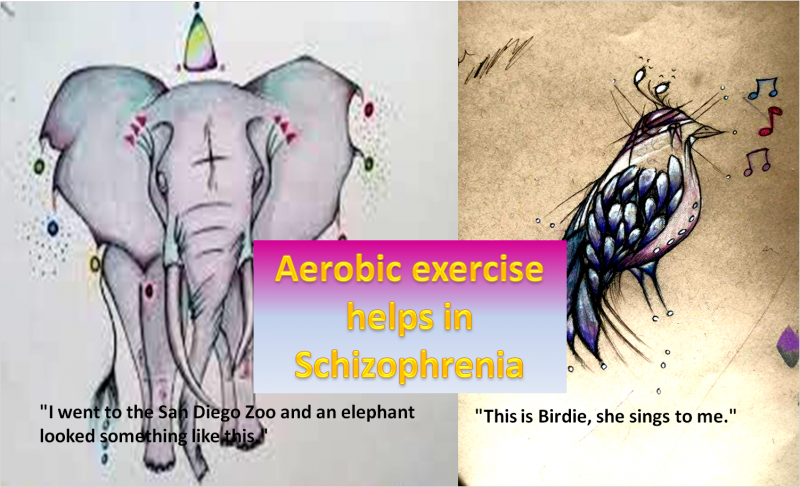 Schizophrenia is a long-term mental health condition and its acute phase is typified by hallucinations and delusions, which are usually treatable with medications.

A new study from University of Manchester researchers shows that aerobic exercise can significantly help people coping with the long-term mental health condition schizophrenia. The study by Firth, Dr Brendon Stubbs and Professor Alison Yung is published in Schizophrenia Bulletin.

Through combining data from 10 independent clinical trials with a total of 385 patients with schizophrenia, Joseph Firth found that around 12 weeks of aerobic exercise training can significant improve patients’ brain functioning. This research showed that patients who are treated with aerobic exercise programs, such as treadmills and exercise bikes, in combination with their medication, will improve their overall brain functioning more than those treated with medications alone.

Aerobic exercise can significantly help individuals improve the ‘cognitive deficits,’ especially loss of working memory linked with schizophrenia. Cognitive deficit is an inclusive term used to describe impairment in an individual’s mental processes that lead to the acquisition of information and knowledge, and drive how an individual understands and acts in the world.

Joe Firth said: “Cognitive deficits are one aspect of schizophrenia which is particularly problematic.

“They hinder recovery and impact negatively upon people’s ability to function in work and social situations. Furthermore, current medications for schizophrenia do not treat the cognitive deficits of the disorder.

“We are searching for new ways to treat these aspects of the illness, and now research is increasingly suggesting that physical exercise can provide a solution.” He added-  “These findings present the first large-scale evidence supporting the use of physical exercise to treat the neurocognitive deficits associated with schizophrenia.

“Using exercise from the earliest stages of the illness could reduce the likelihood of long-term disability, and facilitate full, functional recovery for patients.”

What you need to know about schizophrenia?

The cause of schizophrenia is still unclear. Scientists recognize that the disorder tends to run in families as heredity factor and that a person inherits a tendency to develop the disease. It may also be triggered by environmental events, such as viral infections or highly stressful situations or a combination of both. People with schizophrenia have a chemical imbalance of brain chemicals -serotonin and dopamine which are neurotransmitters. These neurotransmitters allow nerve cells in the brain to send messages to each other. The imbalance of these chemicals affects the way a person’s brain reacts to stimuli such as loud music and bright lights which other people easily handle. This problem in processing different sounds, sights, smells and tastes can also lead to hallucinations or delusions.

Positive symptoms are disturbances that are “added” to the person’s personality.

Negative symptoms are capabilities that are “lost” from the person’s personality.

3. Lack of drive or initiative

If you suspect someone you know is experiencing symptoms of schizophrenia, encourage them to see a medical or mental health professional immediately. Early treatment–even as early as the first episode–can mean a better long-term outcome. If left untreated schizophrenia can lead to chronic and then it will be too late to effect anything but the most minimal improvement.