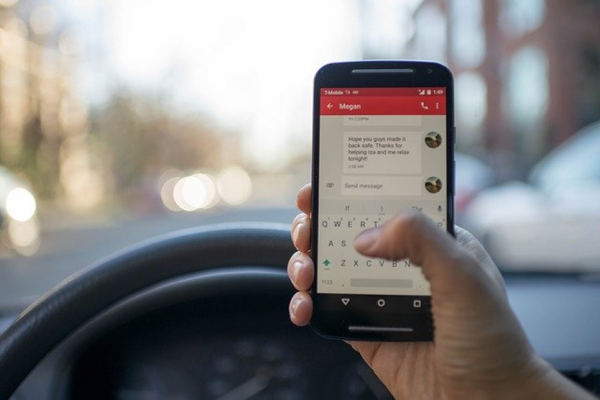 While it’s a well-known fact that texting while driving is both dangerous and stupid, approximately 660,000 people at any given time of the day are attempting to use their phones while behind the wheel. In effect, 1 in 4 automobile accidents are now caused by texting and driving.

The saddening reality is only made worse when one learns that texting while driving is the #1 cause of teen deaths in the U.S. It seems one reason people can’t resist checking their emails and texts while on the go is because doing so releases dopamine – a feel-good neurotransmitter – in the brain.

Still, this isn’t an excuse for the irresponsible behavior. And, the video below does an excellent job conveying why texting and driving shouldn’t be tolerated.

Watch as a survivor of a crash explains the devastating impact on her life when a man on his phone was so distracted he became a double-killer within seconds. We’ll bet this compels you to put your phone down while you drive from now on.