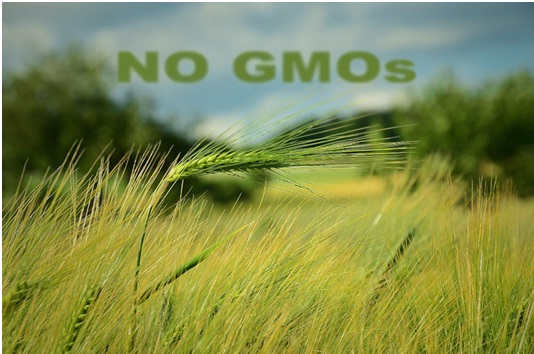 The clean, green nation will no longer permit GM crops to be grown within its borders.

Joining a growing number of nations concerned about the effects GMO’s pose, Scotland just banned the cultivation of genetically modified crops. The country’s Rural Affairs Secretary, Richard Lochhead, announced last week that the clean, green nation will no longer be permitting GM crops to be grown within its borders.

The amendment to Directive 2001/18/EC came into force earlier this year and allows Member States and Devolved Administrations to restrict or ban the cultivation of genetically modified organisms (GMOs) within their territory.

The Scottish Government will now proceed to submit a request that Scotland be excluded from any European consents for the cultivation of GM crops, including the variety of genetically modified maize already approved and six other GM crops presently awaiting authorization.

“Scotland is known around the world for our beautiful natural environment – and banning growing genetically modified crops will protect and further enhance our clean, green status.” He continued, “There is no evidence of significant demand for GM products by Scottish consumers and I am concerned that allowing GM crops to be grown in Scotland would damage our clean and green brand, thereby gambling with the future of our £14 billion food and drink sector.”

The Cabinet Secretary shared that Scottish food and drink is naturally valued at home and abroad to be very high-quality, therefore allowing GMOs to be grown would dilute its quality and, in effect, adversely affect the country’s economy.

“That is why I strongly support the continued application of the precautionary principle in relation to GM crops and intend to take full advantage of the flexibility allowed under these new EU rules to ban GM crops from being grown in Scotland,” he said.

Lochhead believes that GM policy in Scotland should be guided by what’s best for the economy and the agricultural sector, rather than the priorities of others.

The Rural Affairs Secretary also kicked off a national discussion on the Future of Scottish Agriculture at the Turriff Show on Monday: news.scotland.gov.uk/News/Agri-vision-1ba6.aspx He has stated openly that he welcomes feedback.

The newly amended directive applies to new cultivation dossiers and not GMOs that have already been or are currently being considered for approval.

As shared in the press release, the newly amended directive applies to new cultivation dossiers and not GMOs that have already been or are currently being considered for approval. Transitional arrangements have also been put in place to enable Member States and Devolved Administrations to request that their territory is excluded from any consents in relation to applications that were received prior to April 2, 2015.

Member States/Regions wishing to use the transitional arrangements to opt out of growing EU-approved GM maize MON 810 or any of the GM maize varieties currently awaiting EU approval must notify the European Commission by October 2, 2015.

Author: HealthyLife | Posted on: August 13, 2015
TAGS: CropsGMOScotland
« Previous Article Next Article »
« We Parents Have a Right to Know How Our Kids’ Food Is Grown Food as a Vehicle for Change: Q&A with Chef Michel Nischan »