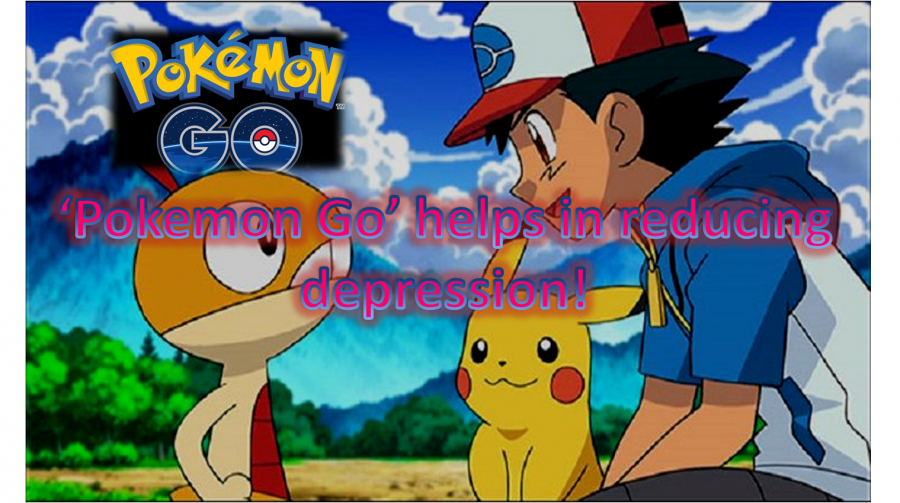 (Pokémon Go, the new iOS and Android game that’s sending people outside in droves. Pokémon Go is a free-to-play, location-based augmented reality game developed and published by Niantic. In July 2016 it was released in few countries. In this game, players use a mobile device’s GPS capability to locate, capture, battle, and train virtual creatures, called Pokémon, who appear on the screen as if they were in the same real-world location as the player. Pokémon Go is free to play, so all one has to do is press “download” to begin installing the game onto iPhone or Android device. Since the app was released last month, millions of people have begun exercising regularly and interacting with others – Healthylife.werindia.com).

If you live in the city and have taken a stroll downtown during the evenings, chances are you’ve come across hoards of teenagers and adults sitting together, staring at their phones. At first glance, it’d be easy to dismiss the groups as indulged millennials wasting their time, but the Pokémon Go app is actually being credited with helping reduce social anxiety and depression amongst those who play it.

Science Alert relays that since the app came out last month, a good percent of the population has begun regularly exercising as they walk around to play the virtual game. In addition, the app has spurred people to actually interact with each other, helping to reduce social anxiety in individuals who play it.

It should be noted that established methods of reducing depression exist, and they include being in nature, exercising, interacting with others in the same mindset, and enjoying one’s time.  However, it’s Pokémon Go which seems to be inspiring people to experience all simultaneously.

Psychologist John M. Grohol reported on PsychCentral that there has been an increase of social media users expressing reduced feelings of depression and anxiety since playing the app.

The game – which is now more popular than Tinder and is likely to overtake Twitter – has one advantage over other apps, according to the psychologist: it inspires people to get out of their houses and get active. This can be incredibly difficult for those who have social anxiety or suffer from depression.

Don’t just take his word for it, however. Following are some tweets by people who credit the app for benefiting their mental afflictions:

Because of the game’s popularity, animal shelters have begun asking players to walk dogs while ‘hatching eggs’ or seeking out virtual creatures. You can read more about that here.

And, if you’re still confused on what Pokémon Go is, the video below explains:

Regardless of your thoughts on peoples’ overuse of technology, it might be agreed that society functions best when people are happy and healthy, and Pokémon Go seems to be helping make that a reality.