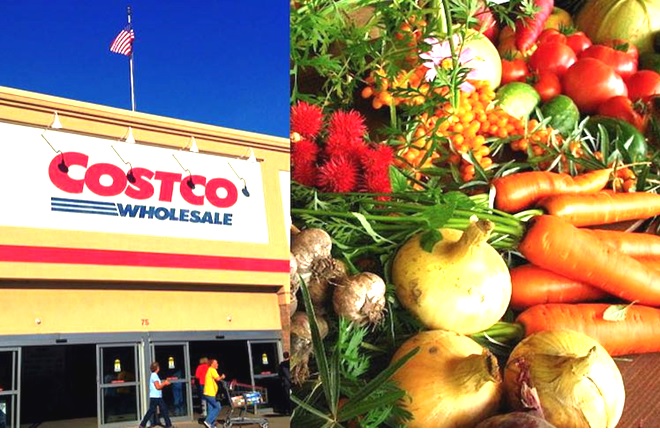 Because the retail company can’t keep up with the demand for organics, it has launched a pilot program to help farmers buy land and grow chemical-free crops.

As TrueActivist has mentioned before, the future is green – that much is clear. Not only have a handful of countries expressed intention to transition completely to renewable energy within the next few decades, the trend of eating wholesome, organic food is on the rise.

In fact, so many people are choosing to invest in their health, the popular retail company Costco can’t keep enough organic food stocked to meet customer demand. Believe it or not, the chain has actually surpassed Whole Foods as the top seller of organic produce.

As a result, Costco has launched a pilot program to loan organic farmers money to buy land and equipment to increase the supply of the wholesome fruits and veggies.

The first loan was received by the California-based company Andrew and Williamson Fresh Produce (A&W), reports Natural Society. The growers will use the money to buy 1,200 acres and equipment to farm the property. In return, Costco is allowed to buy anything they grow on the new farm.

A&W is most invested in growing organic tomatoes, raspberries, blackberries and strawberries. Reportedly, the land they’ve found has been fallow for years, which means it is free from chemicals and can be farmed for organic food immediately.

Because investing in organic farming can be a costly, time-consuming venture, this program will undoubtedly aid many growers interested in transitioning with the times. Of course, Costco isn’t the only chain to offer aid to organic produce suppliers.

While all initiatives are worthy of praise, this is the first time a retailer has loaned money to suppliers for an actual land purchase. If it proves to be successful, Costco intends on expanding the program.

Many might argue that other retailers should invest in similar programs. After all, organic food sales have more than tripled in the last ten years and are now about 5% of all food purchases. Despite the boom in organics, only one percent of American farmland is devoted to growing chemical-free produce.