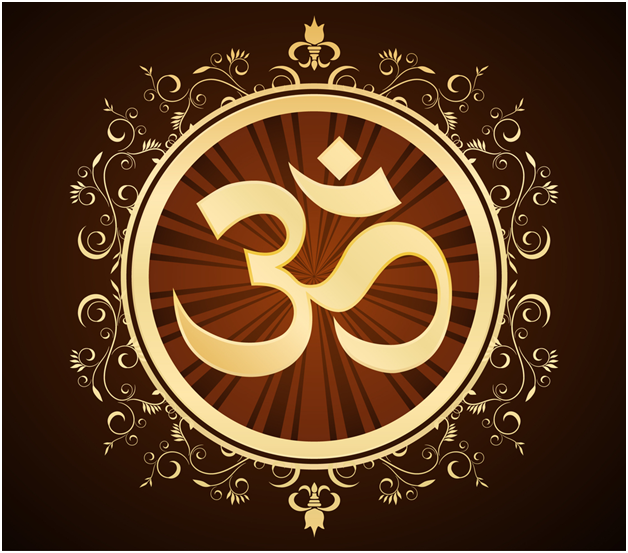 If you attend a yoga class, it is very likely that the teacher starts the class by reciting the sound of OM three times. Most teachers like to chant OM at the end of the class as well. The natural question that comes up at the end of class after chanting OM is , “why chant OM and what is the significance of this sound?”.

Prayer or worship is considered to be an integral part of the Hindu religion. The chanting of mantras is the most popular form of worship in Hinduism. Yoga and meditation are also considered as a form of devotional service towards the Lord.  The Aum or OM, is a sound of peace. Om is the most important of all mantras. All mantras generally begin and often end with Om. Om is an ancient Sanskrit “word” that was first felt by rishis as they meditated. So what is the significance? “Om is a mantra, or vibration, that is traditionally chanted at the beginning and end of yoga sessions. Coming from Hinduism and Yoga, the mantra is considered to have high spiritual and creative power but despite this, it is a mantra that can be recited by anyone”. Everything in the universe is pulsating and vibrating – nothing is really standing still! The sound Om, when chanted, vibrates at the frequency of 432 Hz, which is the same vibrational frequency found throughout everything in nature. As such AUM is the basic sound of the universe; so by chanting it we are symbolically and physically tuning in to that sound and acknowledging our connection to all other living beings, nature and the universe (ref: mind & body).

The Sanskrit word OM (also written as AUM) is a composite of three letters “A” (– like the first sound in ‘aware’ , “U” (-as in ‘foot’) and “M” ( as the last sound in ‘mum’). The three letters A, U and M represent the waking, dream and deep sleep states. The silence between successive repetitions of the mantra represents the fourth state called ‘turiya’ (literally the ‘fourth’ in Sanskrit), a state that transcends these three states. These three states correspond to the conscious, sub-conscious and unconscious states of the mind.

Here are 5 facts you may not know, to help deepen your knowledge and connect your heart to this ancient sacred syllable.

OM is a matrix of all sounds, when in its diversified form gives rise to all words used in language.

Linguistically, all audible sounds are produced in the space within the mouth beginning at the root of the tongue and ending at the lips. The throat sound is A, and M is the lip sound; and the sound U represents the rolling forward of speech articulation which starts at the root of the tongue, continuing until it ends in the lips. To pronounce OM correctly, remember, the sound vibration is pronounced “oom” as in home.

In Sanskrit, the sound “O” is a diphthong spelled “AU”. A diphthong is the blending of two vowel sounds where both are normally heard and make a gliding sound. As a result, the difference between OM and AUM is simply one of transliteration.

A – is the waking state

U – is the dream state

M – is the state of deep sleep

At the end of AUM is a pause, a silence. This represents the state known as Turiya, or Infinite consciousness

The symbol OM visually consists of three curves, one semicircle, and a dot.

The large bottom curve symbolizes the waking state, A.

The middle curve signifies the dream state, U.

The upper curve denotes the state of deep sleep, M.

The dot signifies the fourth state of consciousness, Turiya.

The semi circle at the top represents Maya and separates the dot from the other three curves. It signals to us that it is the illusion of Maya that is an obstacle to realization of the Highest.

The physical form of Lord Ganesha is said to be that of OM.  The upper curve, of OM, is identified with the head or the face of Ganesh. The Lower curve his belly. The twisted curve, on the right side of OM is the trunk.

In Vedas: The chapters in Vedas, and numerous hymns, chants and benedictions therein use the syllable Om. The Gayatri mantra from the Rig Veda, for example, begins with Om. The mantra is extracted from the 10th verse of Hymn 62 in Book III of the Rig Veda.  These recitations continue to be in use, and major incantations and ceremonial functions begin and end with Om.

Let us think on that desirable splendour

of Savitr, the Inspirer. May he stimulate

us to insightful thoughts.