Mushroom to Take Away Bitterness 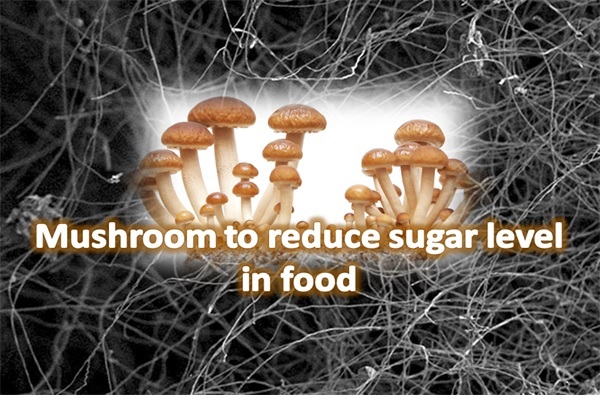 Since many foods like coffee, chocolate and wheat-based products have a naturally-occurring bitter flavor, the sweet taste of sugar is typically used to mask the bitterness and make things taste better.

A biotechnology company is using mushrooms to remove the bitterness in cacao beans so that chocolate can be made with less sugar.

According to Wall Street Journal, in the “clean labels” lists of ingredients consumers can understand and pronounce the names of ingredients. It means food manufacturers need to satisfy consumers with natural ingredients to mask bad flavors or enhance good ones without swapping one bad ingredient for another.

MycoTechnology discovered that invisible fungus molecules can be used to prevent the taste buds from detecting the unfavorable flavors that naturally occur in foods. Unlike other sugar substitutes such as saccharin and aspartame, the mushroom-derived fungus, called mycelium, isn’t a sweetener at all. Mycelium is a flavorless molecule that blocks out bitter tastes, thus allowing companies to cut back on sweeteners by eliminating the need to use sugar as a masking agent.

Dried mycelium is powdered and mixed in liquid form and then added to food products while they are being processed. When we eat food containing mycelium, the invisible fungus molecules attach to the tongue’s bitter-detecting taste buds for about 10 seconds, which is just enough time to block out the unwanted bitter flavors present in the food.

As society increasingly becoming more health-conscious, more food manufacturing companies are looking for a way to cut back on sugar without sacrificing the taste of their products.

Valentine's Day is around the corner and people love to express their feeling with everyone. In fact, Valentine's day is for everybody who wants to bring change in the world by sharing and showing love.