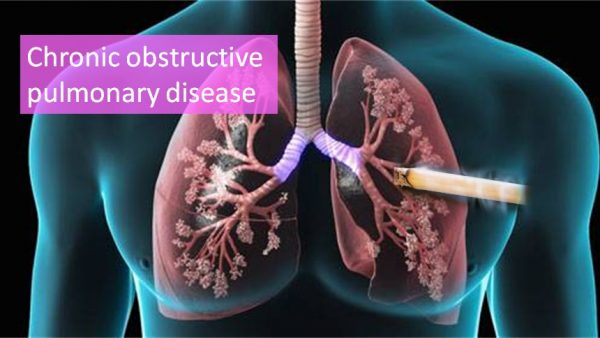 Chronic obstructive pulmonary disease: Also known as COPD, chronic obstructive pulmonary disease causes coughing, mucus production and breathlessness. These symptoms can last from several days to months and can cause death. The highest risk factor for COPD is tobacco smoking. It causes swelling and rupturing of the lung air sacs thus reducing lungs capacity to intake oxygen and exhale carbon dioxide. It builds up purulent mucus in lungs resulting in painful cough and breathing problems.

According to WHO one in five smokers develop COPD in lifetime and almost half of COPD deaths are attributed to tobacco smoking. Secondary smokers, particularly adults who are exposed to smoking can develop frequent infections in lower respiratory track that results in COPD. Those who are either exposed to smoking or early smokers can have reduced lung growth and function. The only solution is to stop smoking and exposing to tobacco smoking.