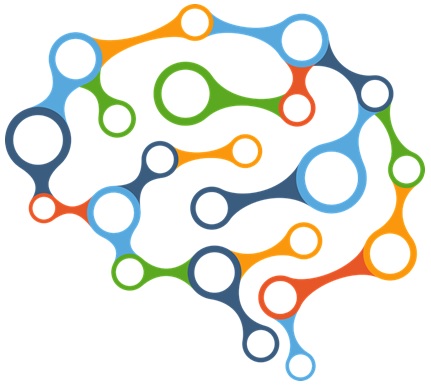 It is estimated that more than 5 million Americans are living with Alzheimer’s disease. As of today, there is no cure to this form of dementia but there are a number of promising treatments that can help alleviate the symptoms as well as reduce the risk of developing Alzheimer’s altogether.

A wide variety of nootropics, dietary supplements for improved brain function, have shown a potential to maintain brain health and increase overall longevity as a result. One of these products is known as armodafinil, which is considered a stimulant that promoted wakefulness and enhanced mental performance. Can one armodafinil dosage a day really have positive effects on longevity and lower the risk of dementia?

There are several forms of dementia, but the most prominent studied form is Alzheimer’s. While symptoms of the disease can manifest at any age, even as early as your 20’s, the statistics tilt towards those aged 65 and older.

The likelihood of developing this form of dementia doubles every five years after the age of 65. By age 85, there is a 50/50 chance that a man or woman will develop this memory afflicting disease.

There is still a lot that scientists and doctors do not know about various forms of dementia. What they do know is that parts of the brain begin to shrink and affect mental performance. This shrinkage may be the result of irregular protein deposits or an imbalance of a chemical called acetylcholine.

What starts as a simple series of misplacing objects and confusing the date slowly turns into a more debilitating set of symptoms that require assisted living to manage. In the later stages of this disease, the quality and length of life expectancy are dramatically reduced.

While maintaining a healthy, plant based diet and exercise can help to reduce the onset of Alzheimer’s, there are a number of genetic and cardiovascular risk factors that are out of your control.

Cognition and improved memory are two of the most commonly associated side effects of taking a nootropic supplement. They are in no way a cure to any form of dementia, including Alzheimer’s disease, but these supplements have become a hot topic in the medical community nonetheless for their function and promising effects.

So, can one dose of a nootropic like armodafinil a day really make a difference? It just might.

Benefits to the Brain

Certain nootropics can increase the efficiency of Acetylcholine receptors, reduce the chemical that breaks down Acetylcholine, and effectively reduce the spread of dementia in the brain. These combined effects of nootropic substances are theorized to reduce the onset of Alzheimer’s similar to how reducing free radicals can help reduce the risk of developing cancer.

It is proposed that mental deterioration can be slowed or halted by lowering these free radicals in the brain. Nootropics achieve this simply by being antioxidants by nature. Some suggest a periodic use of nootropics while others suggest that an everyday dosage is the only way to achieve a lowered level of free radicals.

Not every nootropic out there works this way, however. Some simply aid in relieving oxidative stress, while others simply provide a boost of energy and nothing more. Understanding the types of nootropic substances available and their composition is crucial to targeting a specific effect.

Cognition as a Defense

While some nootropics may vary in effect, they all share the ability to increase cognitive function. Simply put, your ability to retain information as well as your memory, attention, and reasoning are all functioning at maximum capacity on a nootropic.

Patients that show early signs of dementia are often encouraged to try mental exercises such learning to play a new instrument or practicing a hobby that involves fine motor skills.

Nootropics can help to boost cognitive function, especially when combined with mental exercise. Together, they make a strong defense against the onset of dementia and Alzheimer’s.

Overall well-being increases longevity and has been shown to fight off several forms of dementia. While nootropics are far from a cure for these diseases, their ability to promote healthy brain function helps to add to one’s lifespan. By increasing the longevity of your healthy brain, you actively decrease the risk for developing diseases of the brain.

Combined with the ability to increase cognition, reduce free radicals, and supporting Acetylcholine receptors and development, nootropics offer a wide variety of benefits in the fight against dementia. Can one dose a day make a difference? The evidence is all here, you decide.

As we are entering new year 2021 a new covid strain SARS-COV-2 that appeared in the UK is spreading around the globe. Many countries are taking steps..